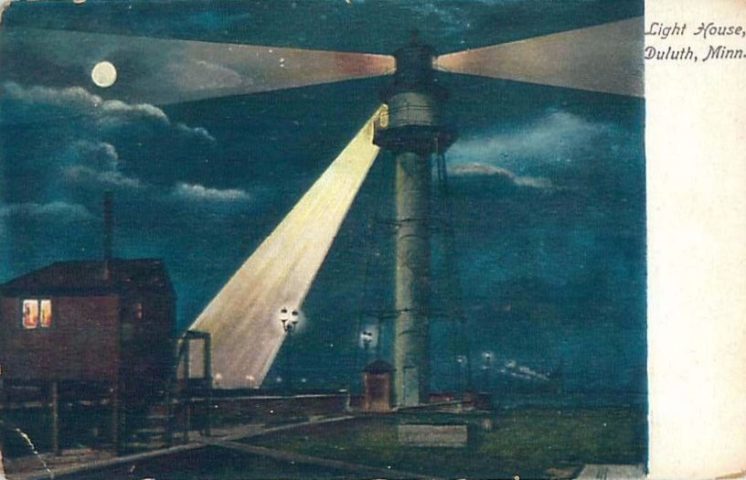 This undated postcard features an image of the lighthouse on the Minnesota Point side of the Duluth Ship Canal. The card must be from the first half of the 20th Century, because the postage rate noted on the back is one cent and the U.S. postcard rate switched to two cents in 1952. The lighthouse was first lit in 1901 and remains there today. It was sold at auction in 2008 to Steven Sola and Matt Kampf, but the U.S. Coast Guard continues to maintain it.