When I let the brown-leather Wilson basketball fly — when I ended a slow three-or-four-step run-up more elegantly than you might expect from an oafish 6’2”, 210-lb., 21-year-old boy-man by lightly springing off my left foot, driving my right knee up and out, and launching the ball into its arc with two hands — I wasn’t sure it was going to go in.

I’d taken a lot of half-court shots since my teens: before and after 10th-grade practice at Rochester John Marshall High; while skipping class to play noon ball in Romano Gym with my UMD football buddies; alone, ill-equipped for identifying anything better to do, just shooting around on various playground or gym courts. Sometimes you know, from the moment it leaves your hand, what’s going to happen. Muscle and brain memory and senses I don’t know how to name tell you everything from how you planted your foot to how your fingertips were in relationship with the ball’s seams to which snippet of which song was looping through your head add up to a swish, brick, or something else.

But in that moment in November 1993, in the College of St. Scholastica gym at halftime of a Saints’ women’s game against an opponent I can’t remember, when I sprung off my left foot from just behind the royal-blue half-court stripe laid on blonde hardwood, I didn’t know what the ball was going to do. At least I don’t think I knew. Honestly, I never know what I know or knew. I’ve been admonished a few times recently (with both warmth and contempt) for wantonly admitting what and when I don’t know. For expressing uncertainty and self-doubt and regret instead of [long pause] whatever other state of mind it would be more attractive and credible — and more comfortable to other people — for me to claim. For asking annoying questions about obvious and hypocritical contradictions. 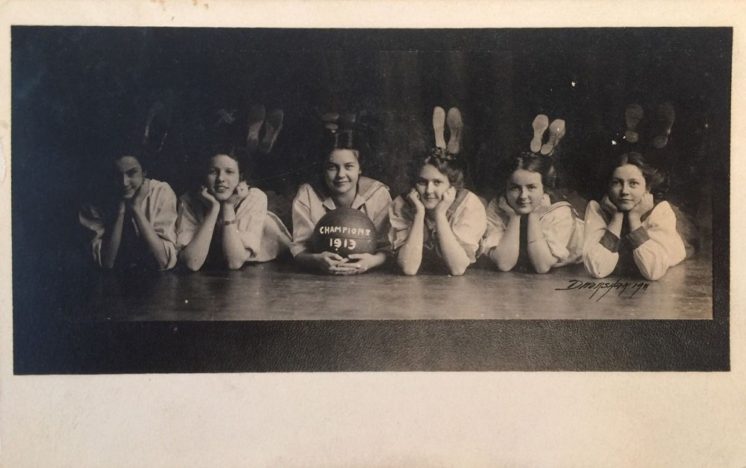 Who are these girls? What basketball team were they on? Why were they in a photo shot in 1911 on a postcard mailed in 1911 with “Champions 1913” written on the ball?

What we do know, based on the signature on the image, is the photo was taken by Duluth photographer Louis Dworshak, owner of the Dworshak Studio at 8 N. Second Ave. W. 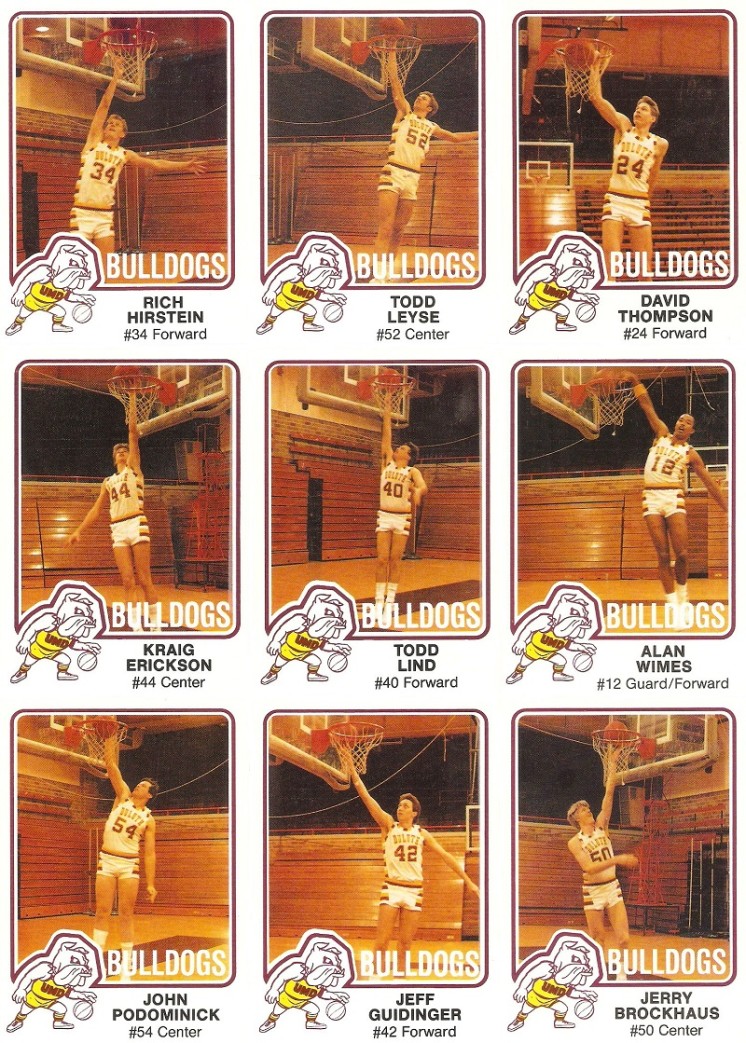 The 2014-’15 UMD Bulldog basketball team plays its first home game tonight against UW-Superior. In recognition of that, we roll out this nostalgia from 30 years ago.

In case you were wondering about the 1987 basketball team roster.

Join us for a family-friendly Harlem-style basketball game at UW-Superior’s Mertz Mortorelli Gym on Sunday, Sept. 19, at 3 p.m. The Harlem Ambassadors professional show team will take on the Domestic Abuse Intervention Programs’ team. Cost is $8 in advance, $10 at the door. Buy tickets at SuperAmerica stores or theduluthmodel.org.

Musings on a basketball rolling downhill I was driving down Lake Avenue yesterday morning when I noticed a kid, maybe 7 or 8 years old, who – in my opinion – had just intentionally chucked an old basketball down the hill from about Fifth Street.

For a brief moment, the ball and I were traveling side-by-side (the ball, unfortunately, going against traffic in the uphill lane). When I stopped at the four-way stop at Fourth Street, the ball, of course, kept on going. I glanced in my rear-view mirror and saw the kid jumping up and down – again, I think in joy at watching the thing sail downhill, and not in protest of an unfortunate lesson in physics and topography.