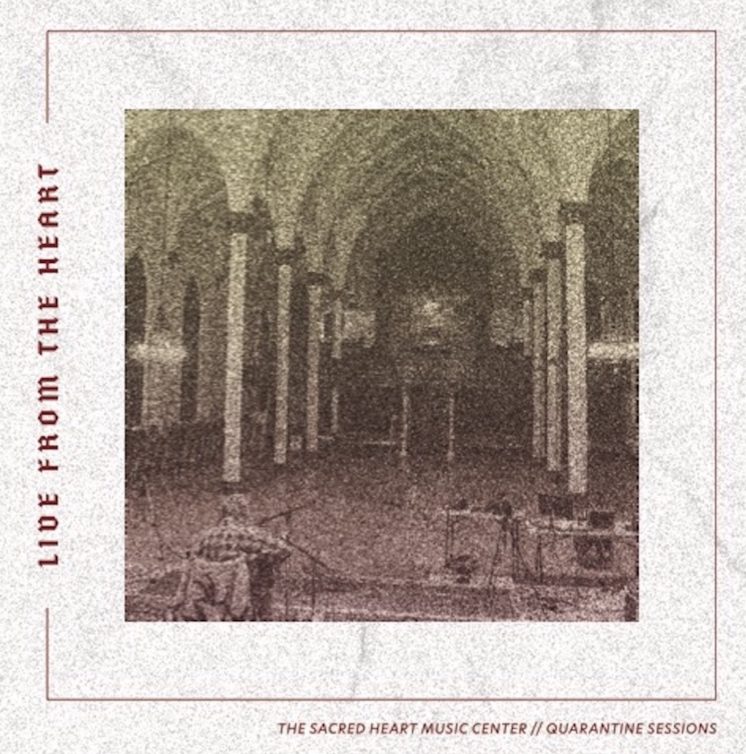 Sacred Heart Music Center is releasing an album recorded during empty-building, pandemic-lockdown concerts live streamed over its YouTube channel in 2020 and 2021.

A listening party for Live from the Heart: The Sacred Heart Music Center Quarantine Sessions will be held from 4-7 p.m. Sunday, March 20 at Ursa Minor Brewing, 2415 W. Superior St. in Duluth. The free event will feature the first public airing of the album, CDs for sale, drink specials, pizza and more.

Executive Producer Mark Nicklawske, a member of the Sacred Heart Board of Directors, said all the music was recorded and live streamed by volunteers under strict quarantine protocols during the height of the coronavirus pandemic. The music reflects these extraordinary conditions, he said.

“There are some really powerful performances here,” said Nicklawske. “The album is really a musical time capsule of the conditions everyone was living under during the pandemic. Dark times, for sure, but music also has the ability to be up lifting.”

All the artists donated their music to the project. Proceeds from record sales will go to support music center programming and maintenance of its historic 19th Century building.

Nicklawske said Sacred Heart had no direct cable connection, wifi or YouTube channel prior to the pandemic. The board of directors invested in high-fidelity cable and authorized YouTube channel construction in an effort to provide a stage for musicians unable to perform during the state-mandated quarantine.

“We didn’t start live streaming to make an album,” he said. “But the music we were recording was so good we decided to put one together.”

Sacred Heart Music Center features a built in recording studio that has been used by artists like Low, Trampled by Turtles, Gaelynn Lea and Haley. This gives the album studio=quality sound in a spontaneous, live setting.

The album was engineered and mastered by Eric Swanson. Rich Narum, of 2104.us, directed technical and video production. “The live streams, the album — without their generous support it never would have happened,” said Nicklawske.

Live from the Heart: The Sacred Heart Music Center Quarantine Sessions is available on CD at Globe News in Superior and Zenith Books and Wussow’s Concert Cafe in West Duluth. The album can be streamed and downloaded on Bandcamp.

Bluegrass band Trampled by Turtles has announced its return to Bayfront Festival Park. The Duluth-formed group will perform July 9...