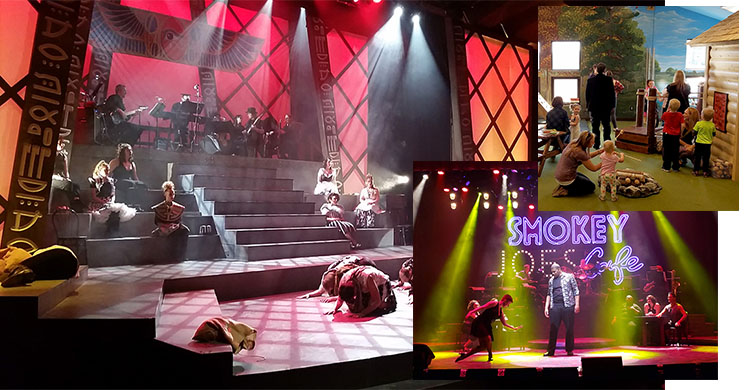 This week we hear from a behind-the-scenes artist, literally setting the stage for others, creating environments and moods where actors can practice their craft. Jeff Brown is a scenic designer, lighting director and technical director who has worked with the Duluth Playhouse and other theater groups, and expanded his work into designing for museums and other public spaces. Oh, and he loves grilling.

JB: As happens with so many big things in life, I was introduced to the world of theater almost by accident. After some years as an Army paratrooper, I had enrolled at a community college and had one big choice left in order to finish my associate’s degree… A Public Speaking course, or a Stagecraft course? I was not at all interested in Public Speaking, so Stagecraft won by default. I couldn’t have guessed that the course would feel so natural to me and that it would introduce me to people and a field that I had never even considered before.

After being involved backstage in a couple of productions there, I decided to pursue a bachelor’s degree in technical theater, and I transferred to Minnesota State University Moorhead. MSUM had a very active theater department with a strong technical standard, and I benefited greatly from learning scenic design and lighting design along with construction and production techniques. I began my technical theater career by working my tail off in all of those realms — as scenic designer, lighting designer, and technical director — for several different educational institutions, working on nearly 150 shows and events over a period of 12 years.

In 2007, I was hired as Production Manager for the Duluth Playhouse, and for the next 7 years I led the Playhouse design teams and coordinated all production aspects for another 100+ productions with the Playhouse Mainstage and their Children’s Theatre and Underground.

My time with the Playhouse really helped me develop strengths in project management and planning, which were invaluable when I moved on from there to spend a year consulting on, designing, and fabricating the exhibits of the brand new Children’s Museum of Southern Minnesota (Mankato, MN) in 2014-15. Unbelievably, in those 5+ years since starting to freelance, I have also designed or built more than 100 additional local and regional theater productions, in addition to the museum exhibit work. I couldn’t manage it all without a team of great subcontractors! 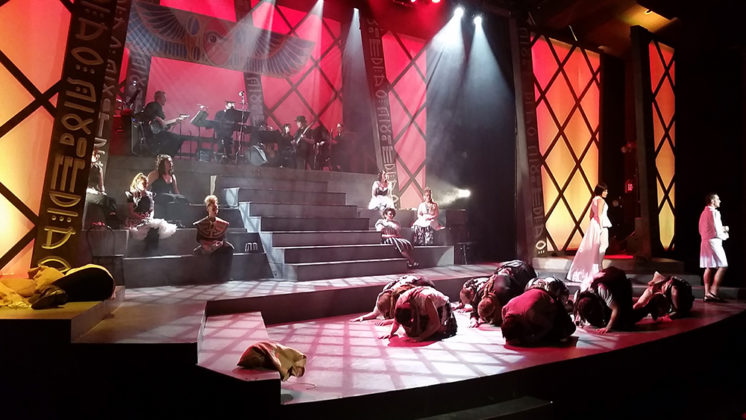 I’ve been doing this type of work for 25 years now. As I think most people in theater would say, one of its greatest rewards is the collaboration with other artists (actors, designers, crew, directors, musicians, etc.) and the camaraderie you feel, all pulling together to produce a fantastic show that allows the audience to be transported for awhile. The energy and excitement of opening night after all of that hard work is a real rush, and as a designer/technician in particular, it feels so good to stand in the back of the theater and hear “Wow” as the audience pours in and sees the set and lights for the first time, or to see the look on kids’ faces when they realize that it’s snowing on stage!

Working in museum exhibit design (especially children’s museums) has many of the same rewards, but there’s also the knowledge that I’m creating something “lasting,” to be enjoyed for many years, not just for weeks. I like knowing that I’m entertaining and educating at the same time, designing an immersive environment that can be enjoyed by both children and adults. Exhibit design has also had the unexpected benefit of teaching me so many new things (unique to the themes of each exhibit), and I have cultivated a love of museums themselves, visiting them everywhere I travel. 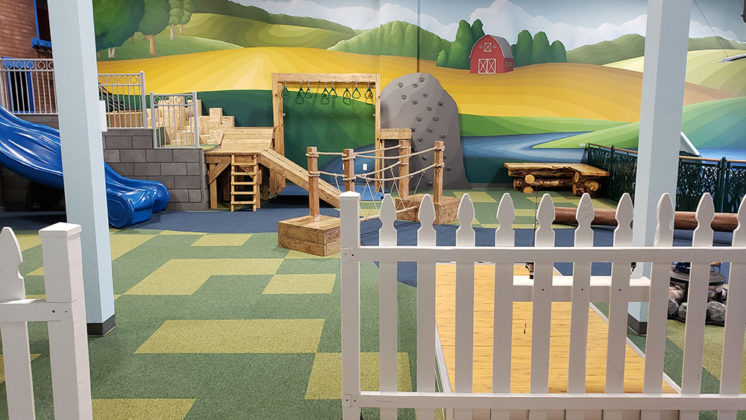 What I find most challenging in both of these industries is “the hustle.” Many people don’t realize that theater can be very high-pressure because of its fixed deadlines. There is an established Opening Night that cannot be postponed, and “The show must go on!” I can’t count how many all-nighters I’ve had over the years, trying to fix technical issues or maybe to redesign lighting at the last minute because the choreography had to change. Also, when I am working as a lighting designer, most of the actual work (aside from some research and planning) happens in just a few days right before and including the dress rehearsals — I need to come into the theater and spend a few long and intense days “kicking butt” if I want to produce a “Wow” design that will get me invited back for another show. 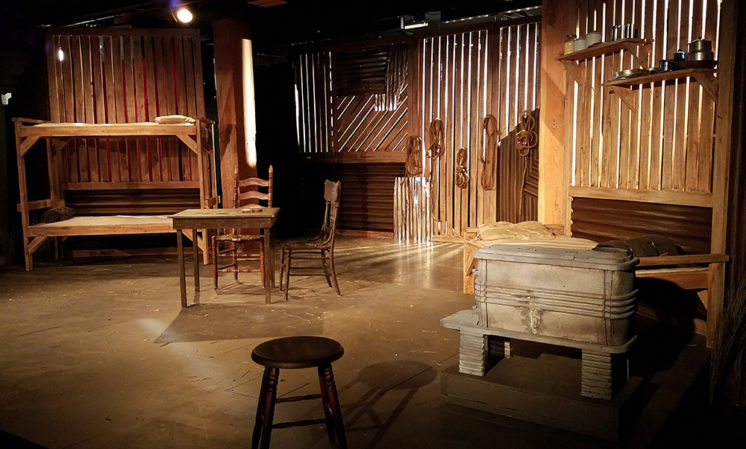 The short-term nature of theater also means that most of us must fill our schedules with show after show after show in order to make a living at it. I am constantly flipping my brain among current and upcoming projects that are in various phases of planning or production. At one point in December 2019, I was keeping track of 13 different shows that had either begun discussions or were already in some stage of design. I had four shows (a couple lighting designs, a couple scenic designs) that opened across Minnesota on one particular weekend that December. Exhausting.

As everyone knows, the pandemic has been really rough on the entertainment industry, like so many others. Theaters have had to cancel most of their productions in 2020, and museums have also been closed or at very limited capacity. Even though some have been able to resume partial operations (I have designed the first Zoom production of my career!), it will still be an indeterminate time before theaters are able to create fully-staged productions and before most museums can recover enough revenue to pay for new exhibits.

Not knowing when (or if) I will ever be able to resume the full design schedule of years past, I chose to start developing a new branch of my design business: I am combining my design and fabrication skills with my love of grilling — creating backyard “grillscape” and fire pit designs! I’m working on a website where anyone will be able to download stock designs or to contact me for custom variations. The Grill Outdoors website will also include lots of great grilling “how to” tips, advice, recipes, and videos. I love the way that outdoor cooking can bring together a group of friends, the neighborhood, or even the whole community, so I’m really excited to help others create affordable but awesome grillscapes of their own.

Amidst the work of launching The Grill Outdoors, however, I was excited to be part of the Duluth Playhouse’s return to the stage through lighting their two December streaming productions, and I am thrilled to share that I have begun leading a team to redesign and update the Hjemkomst Viking Ship Exhibit in Moorhead, MN. I feel really connected to that project through my Norwegian Minnesotan heritage and will be working on it in stages throughout 2021.

Support your local theaters! See Duluth Playhouse’s virtual Songs of the Season and My Christmas Wish for You, streaming live and on-demand from December 10 to Jan. 3.

My recent theater and exhibit design portfolio on the BrownKnows Design website (brownknowsdesign.com).

I found this framed photo with an unusual view of the Duluth Harbor and Aerial Lift Bridge at the Superior...