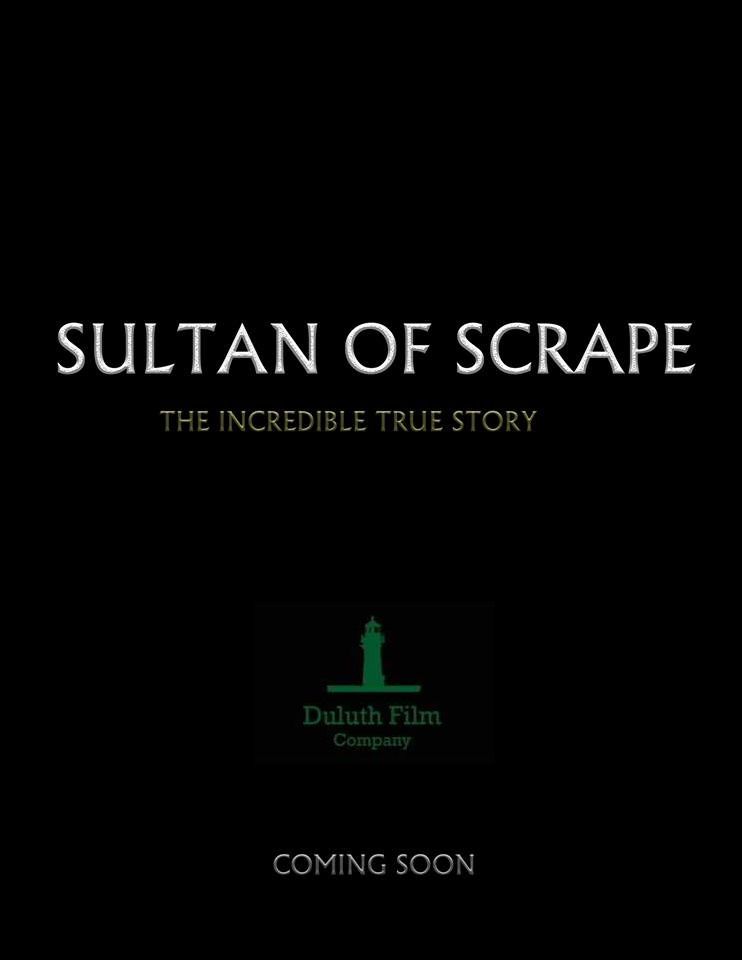 The heroic story of a man who led one of Minnesota’s largest disaster rescue efforts will be told in a motion picture planned for release in 2019.

Shooting for Sultan of Scrape is scheduled to begin this summer in Grand Marais. The action/adventure film will follow events surrounding the Boundary Waters Canoe Area Wilderness blowdown storm of 1999, which swept through northeast Minnesota severely damaging buildings, homes and roads — and blowing down an estimated 25 million trees. The movie is written, directed and co-produced by Joel Adam Goble and the plot centers on the Cook County Highway Department, a team that decided to challenge nature to protect the community.

Goble said he wants to capture his cultural experience through his films.

“We think that the blue-collar stories we have can connect to people in the country and abroad,” he said. “Because in today’s world, we have people in movies — people have capes, they have super powers. We don’t get to see the real people — the blue-collar worker, and that’s what we’re trying to do.”

Born and raised in Grand Marais, Goble graduated with a bachelor’s degree in film and business from Full Sail University in Orlando, Fla. He describes himself as coming from a hard-working, blue-collar background, and he incorporates his experience into his works.

He is a private film contractor who has worked in the film and television industry in Florida, New Mexico, California and Canada. For this film, Goble will work with co-producer Ryan McGivern of Duluth Film Company, and co-producer and director of photography Robert Fredericks. The team will also be working with a Hollywood film crew.

To Goble, the real heroes are the ones who are silent.

“It’s really a telling of the blue-collar men who aren’t known in the world, but they’re silent heroes,” he said. “The fact that they protect their communities and are the gatekeepers of everything around that area.”

According to the Storm Prediction Center, the BWCA Blowdown Storm on July 4, 1999 lasted 22 hours. The storm is known as a derecho — a large windstorm that is both widespread and long-lived, carrying moving showers and severe thunderstorms. This particular derecho formed in North Dakota, traveled through Central and Northern Minnesota, through Canada and Northern New England, and ended just before it reached the Atlantic coast.

The Storm Prediction Center recorded 60 people in the BWCA were injured by debris, and 20 of them were rescued via floatplane. The wind speed in St. Louis County was estimated at 80 to 100 mph.

Sultan of Scrape focuses on the interconnectedness of community. The film follows the life of writer/director Joel Goble’s father, the late John Allen Goble, a heavy equipment operator who leads the Cook County Highway Department’s cleanup effort at the Gunflint Trail. In the story, John Goble must make a decision that will affect the lives of the people in his community: to lead a team into the heart of the storm. Joel Goble calls his father a “centerpiece” to the story, which focuses on his relationship with his crew and his community.

Joel Goble has reached out to community members for their input on the story. He says it’s an important piece to the film as he relies on the town that was affected by the derecho.

“It’s because you can’t have something about one man,” he said. “You have to have the arc about everyone, and how everyone has been touched by a certain person, and how they react.”

In Sultan of Scrape: The True Story, a short documentary created in 2012, Joel Goble interviewed several of his father’s friends and former Cook County Highway Department crew members. He interviewed former county employee Tim Suck, who worked with John to clear the Gunflint Trail during the 1999 derecho. Suck will never forget John Goble.

“Hell of a good man,” Suck said. “Through and through. I mean I can’t say enough good things about him. I can sit here and tell you true stories about the man for an hour, and in all of them, he was just a really really good man.”

John Goble’s story created an impression on his community members and his teammates. In his honor, the Cook County Highway Department dedicated the department’s maintenance building in his memory.

“A hero can be anyone within a storm or within an inner storm,” Joel Goble said.

Sultan of Scrape is a big motion picture. Half the scenes of the movie will be shot in Grand Marais to capture the natural setting and the community.

“Our goal is to build film up in Minnesota, but also make a project and go to the masses around the country and abroad,” Joel Goble said.

The other half of filming will be done at Universal Studios. Moving the production to Orlando will give the team accessibility to advanced resources such as sound stages and technology to create a storm in a controlled environment.