Photographer Michelle Bennett specializes in portraits and makes fascinating images of the artists and musicians from our area.

M.B.: My medium is photography. My subject of choice is people, particularly women. It started when I was in 6th grade when I went to summer camp and my mom would pack a disposable camera in my overnight pack. One year instead of firing away all 36 frames on the camera in the first night I decided to take portraits of my friends and set up each shot with intention. Later on in high school I had an incredible photography teacher. By the end of that school year I was hooked so my dad gifted me his old Pentax Asahi Spotmatic- fifteen years later it’s a paper weight, but I bought the same one once it gave out. In college my professors encouraged me to apply for grant money and was awarded an Undergraduate Research Opportunities Program grant two years in a row. The grants allowed me to explore analog cameras while road tripping across the country which ended up being hugely influential to my subject matter. Portrait of Laura Sellner of Superior Siren for her upcoming album. Digital, 2016

I began shooting film when I was 13 and incorporated digital photography into my work in high school. In college I started experimenting with analog cameras as well. In 2007 schools started to phase film photography out of their curriculum to focus on digital. Conceptually speaking- my work is constantly evolving. When I decided to turn my passion into a career I had no idea how hard it would be to actually find fulfillment in work that was about my customer and not about me. I had to find a way to evolve my process to accommodate both parties. I was able to do that by seeking a very particular client base- other artists and creatives who desire artful photographs with a very intentional concept behind the shoot. 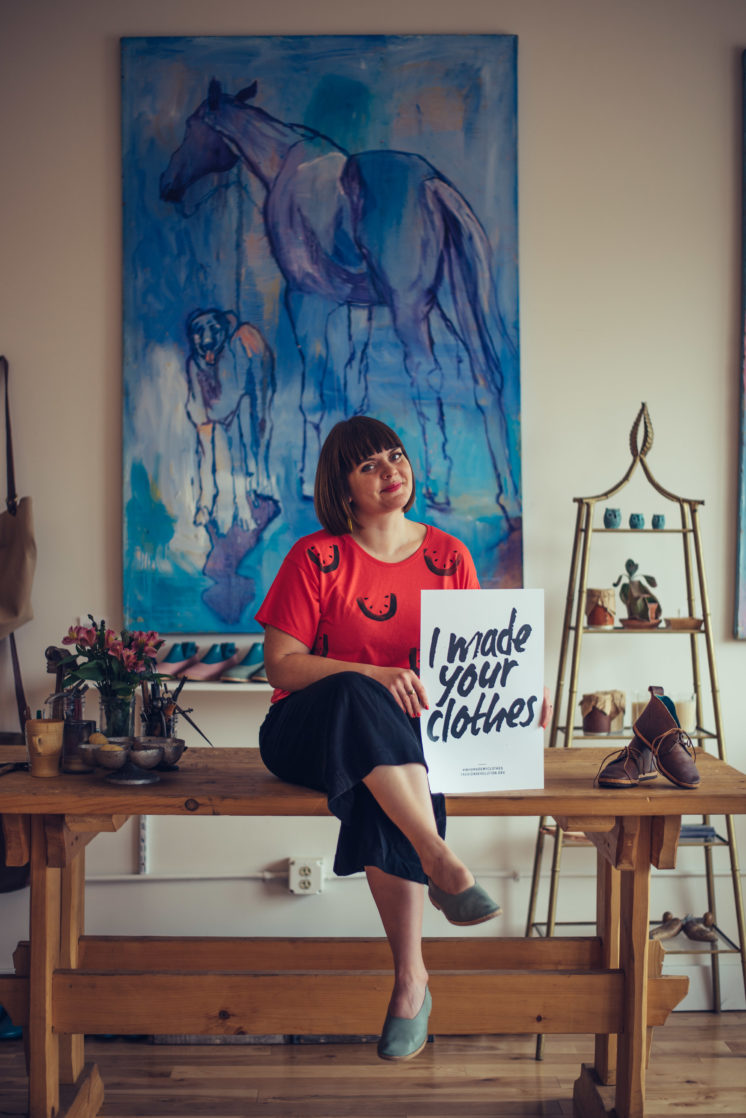 My biggest challenge so far hands-down has been figuring out how to run a business. Most of the time I feel like I’m flying by the seat of my pants. I owe it to a lot of other people in industry for being so helpful and supportive during my first year as a business owner.
The rewards have been on going. First and foremost I get to work with a lot of people that I look up to- from really rad ladies to bands that I’ve been fans of for years. The musicians in particular are great because I’m a completely non-musical person who really admires their craft. I recently launched a project that I’m calling “11:11” – A mission to shoot 11 bands in 11 weeks where each week I will shoot a different band for free. It’s an artistic outlet for me and marketing tool for them. I’ll be announcing the bands on Instagram over the next few days and shooting begins shortly there after! Michelle Bennett graduated from the University of Minnesota, Duluth in 2011 with a bachelors degree in Digital Art & Photography. While there she focused mainly on film photography and alternative process. In 2012 she moved to Stockholm, Sweden where she developed an appreciation for Swedish design styles and minimalism. On January 1, 2016 she founded Wolfskull Creative- a design & photography company in hopes of helping the small businesses in her community develop and celebrate their own unique brands. Happy 14th birthday to us