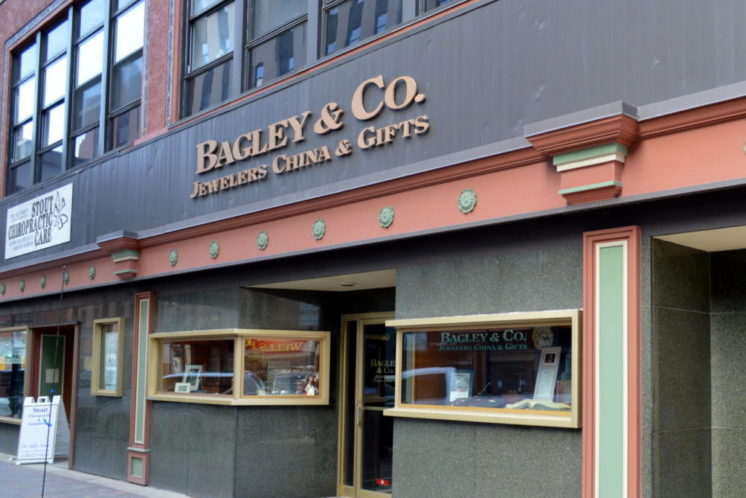 Bagley and Company, 315 W. Superior St., was operated by the same Duluth family for 131 years before closing last summer.

A long-time downtown jewelry store has been purchased by a Texas-based developer with Hermantown roots who plans to turn the building into office space for Internet professionals and create a food and music venue where diamond display cases once stood.

The Bagley & Company Jewelers building, 315 W. Superior Street, was purchased earlier this month by Titan Premier Investments of Houston, Texas. The property includes three historic retail buildings, approximately 19,000-square-feet of space, several skyway storefronts and a turn-of-the-century tea room hidden in the middle of it all.

“It’s a very unique piece of property and that’s what we love about it,” said Titan Premier owner Kevin Kuklis in a phone interview last week. “Anybody can go buy something out by the mall and put a project together. This is something very different.” 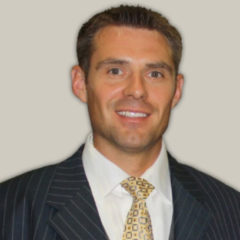 Kuklis, a 1995 Hermantown High School graduate and former minor league baseball player, has worked in commercial and residential development in the Houston area for close to 20 years. Titan Premier is currently developing Square 37, an upscale, single-family housing development on 9-acres of Arrowhead Road property near the Hermantown hockey arena and a proposed YMCA.

“I’ve been looking for something else in Duluth for quite awhile,” said Kuklis, “Something historic, with character.”

Kuklis said he attempted to buy the Board of Trade building on West First Street before turning his attention to the Bagley jewelry store in 2016. Consultant, marketer and fellow Hermantown High School alumni Shannon Cornelius of Riverstone Services helped arrange the deal.

The Superior Street property will be rebranded Titan Premier Plaza and have a village feel, said Kuklis. Informal, cooperative offices and workstations along with a conference room and high-speed internet connections will be built into the building, including a historic upper level shipping and warehouse space. The area will be marketed to independent writers, web designers, engineers and others typically seen working on laptops in coffee shops but in need of a more professional space.

Early plans call for a street-level fast-casual restaurant to serve the downtown office crowd and a possible upscale jazz club at night.

Kuklis said he is also eyeing a skyway facelift. “Right now it has that 1978 Miller Hill Mall feel,” he said. “I want my 75-feet to feel fresh, new and clean.”

Titan Premier is working with current tenants to renew leasing and also looking for new businesses to occupy skyway vacancies. Fourth generation Bagley and Company Jewlers owner Rick Heimbach looks over old records in his former office, a historic tea room. The room will be reopened to the public as a social space when building renovations are complete.

Cornelius, who is helping coordinate the renovation, said one of the most exciting building features will be reopened to the public. A small tea room, which still has an old world design, dark wood trim and antique light fixtures, will serve as a social space like it did in the early 19th Century.

“I told Rick, ‘I want all your old stuff.’ I’m looking for anything that we can use to keep the heritage of this place alive,” she said.

Bagley & Company Jewelry was founded by Cassius Bagley in 1890, five years after the building opened as a jewelry store. Heimbach, the great grandson of Cassius Bagley, started working at the store in 1979 and took ownership from his father in 1984.

Heimbach said it was a difficult decision to close the store and sell the building. He said while sales were good, a pending Superior Street reconstruction project promised a difficult two years. The property was sold for $362,000, according to county records.

“It was time,” said Heimbach. “But I think we found a good buyer. The building is being taken over by young man, 40 years old, from Hermantown, with strong ties to the area. He’s going to be bringing some new energy into downtown, new hope, new energy and new ideas.”