Should we think about these photographs or their subjects? Yes. Do we consider the art of them or the culture they depict?  Yes, both.  And perhaps composition or feeling?  Again, yes.

Ken Bloom’s exhibition Public Domain: Street Photographs of Japan 1976-78 at the Duluth Art Institute shows three years of his work from the mid-1970s in city areas of Japan. Most are black and white; a few later ones are in color. The compositions are tight. The subject is people in their time and environment. Movement (striding, shopping, riding, jumping, talking, gazing) and waiting (for the ferries, for the trains, for the kids, for the work day to begin) are the subjects of many.

There is a density of image: frontal, shallow scenes, and street scenes with perspectives that are closed off in the near distance. Children with umbrellas frolic in the snow in the utility laden alley in Ogikubo, Tokyo, January 1976 — somehow one of them made Japanese characters on the street with his shoes. In another alley, Zushi, December 1976, it is sleeting and a lone man purposefully strides away from the viewer. Black and white suits these scenes and many others well.

In Ogikubo, Tokyo, May 1976, a resolute and stylish policeman with one white glove keeps an eye on his beat for anything or anyone out of order. In fact, “resolute” is an apt description for the people in many of the scenes. There is a lot of information in these photographs and most were shot with a long depth of field where we can keep looking and discovering, reading signs or characters, even eventually spotting the policeman’s other glove. Shoes and clothing show a contrast of traditions as Japan continued to change due to a strong western influence after World War II. In Ogikubo, Tokyo, May 1976, there are three women in western garb and shoes, but a fourth with sandals and woven baskets. In the color image Market Street, Tokyo, 1978, another street scene, there is all manner of footwear, and tradition is not dependent on age as a young man sports traditional wooden sandals. 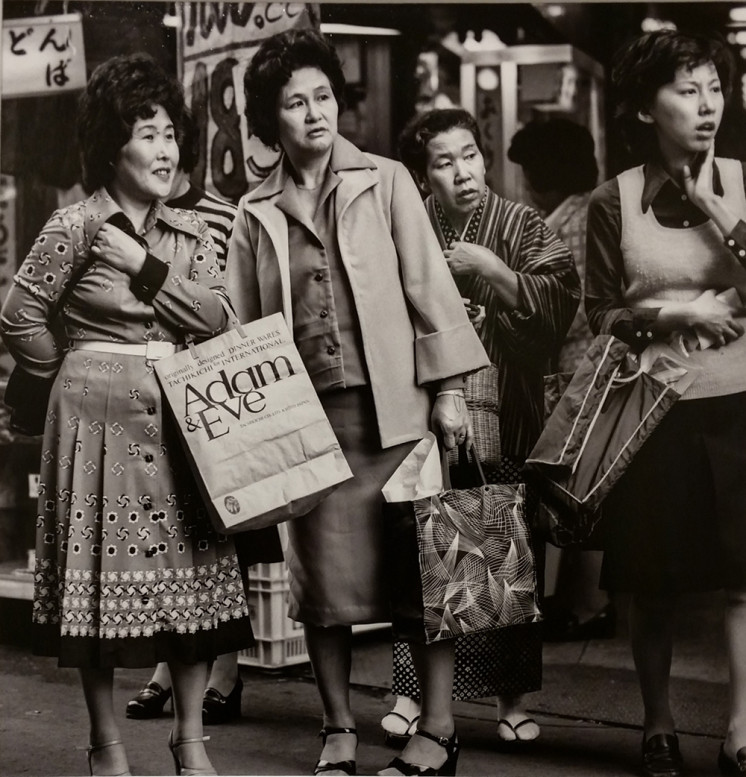 Several of the images bring on feelings of melancholy or wistfulness. We see the Japanese culture changing.

How does selecting and digitally printing photos decades after being in the places and capturing the images affect the work and the reception of it? For the photographer, it means revisiting attitudes and decisions from nearly 40 years earlier. It means trying to find the self and culling the stylistic. Bloom has done this and offered an engaging and cohesive exhibit to view. The digital images from analog film are crisp and the warmth or coolness of the “black” is appropriate on most all of them. Perhaps Suzi, Ishikawa Prefecture, July 1977, with a parade float, performers and soldiers in a street intersection could have benefitted from more tonal work, but there is no loss of the complexity of the scene. And some photographs almost have a three-dimensional or ethereal quality such as Ginza on foot, Tokyo, April 1976, and a few others which may just be due to the type of film that was used. 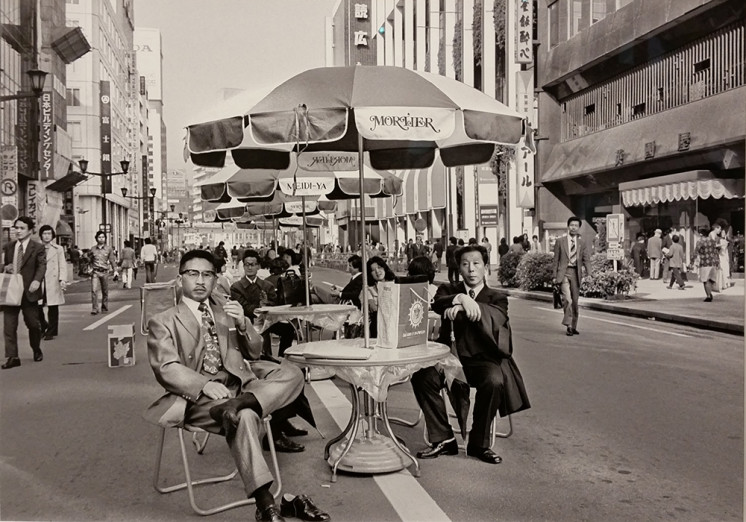 The color photographs (10 out of 49 images in the show) — seven from 1978, the last year of the work exhibited — are intelligently interspersed throughout the show. In Shimbashi, Tokyo 1978, a great vertical image, a girl has shimmied up a pole and stopped half way up for the view, her shoes neatly left on the ground below.  Repeated rectangles in Gokayama Station, Toyama Prefecture, July 1977, eventually lead us into a rectangle in the lower distance where four men wait for the train; another great image with a device that effectively moves the viewer around the scene. 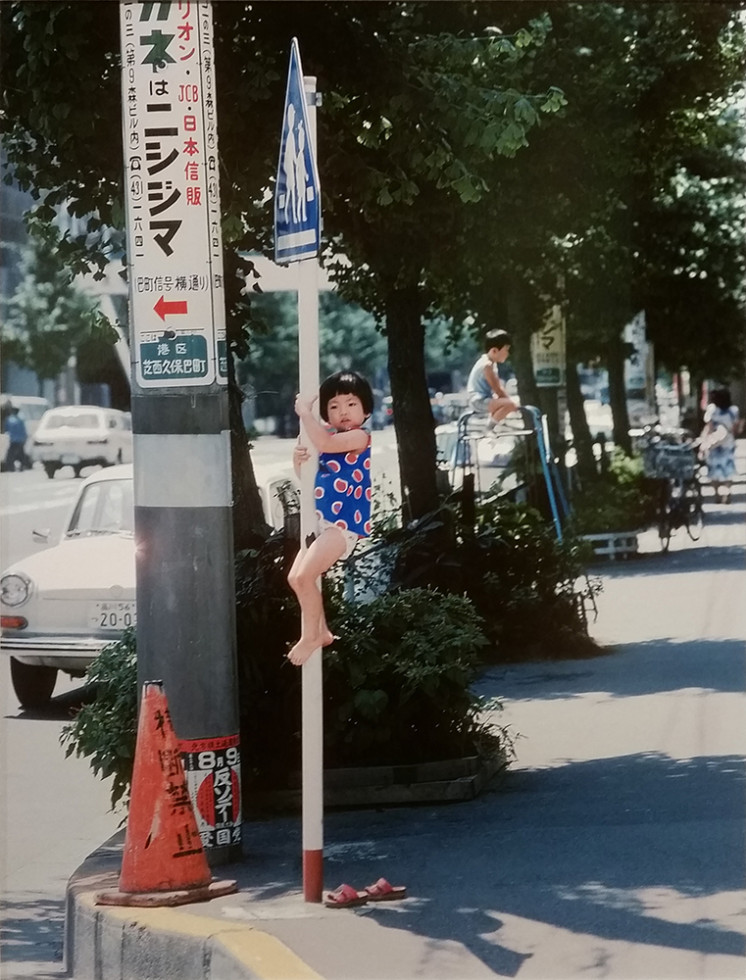 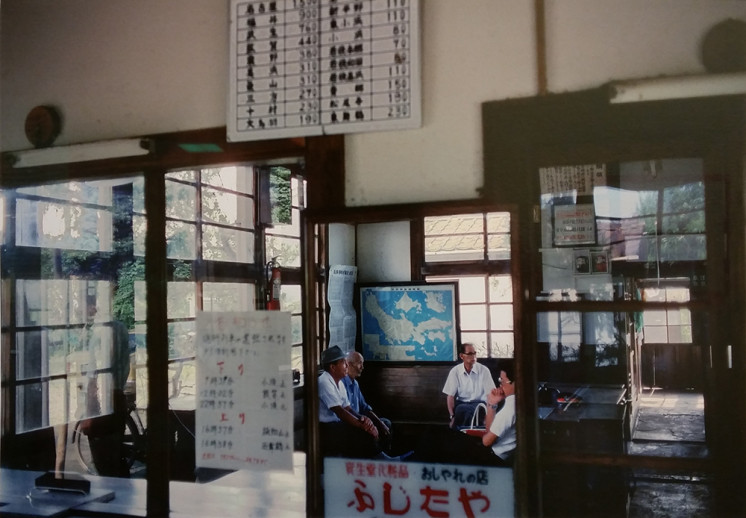 This is a rewarding exhibition and I recommend that you see it and take your time. Bloom will speak about the work at the Duluth Art Institute on March 15 at 5 p.m. The works are on display through April 2.

This is fascinating and frightening. Check out "Draining Zenith City" a blog entry by Dan Turner, a photographer, urban explorer...