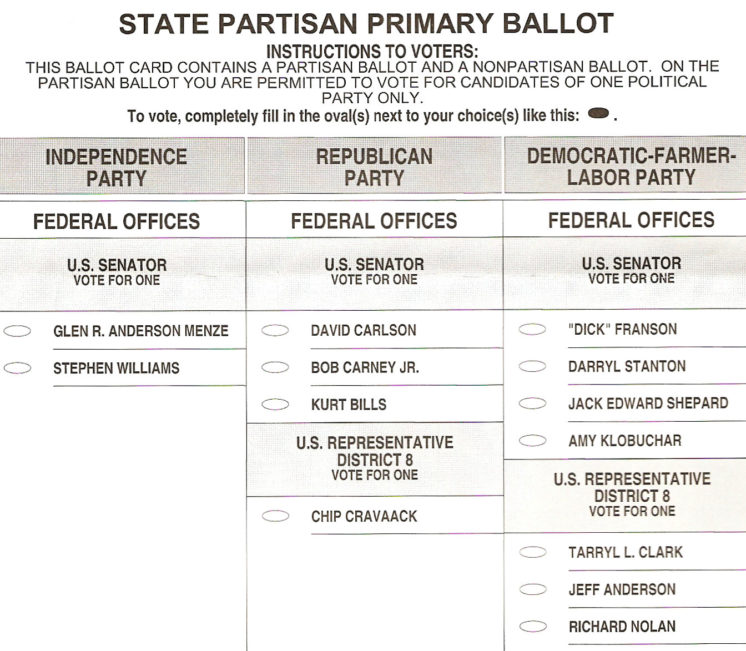 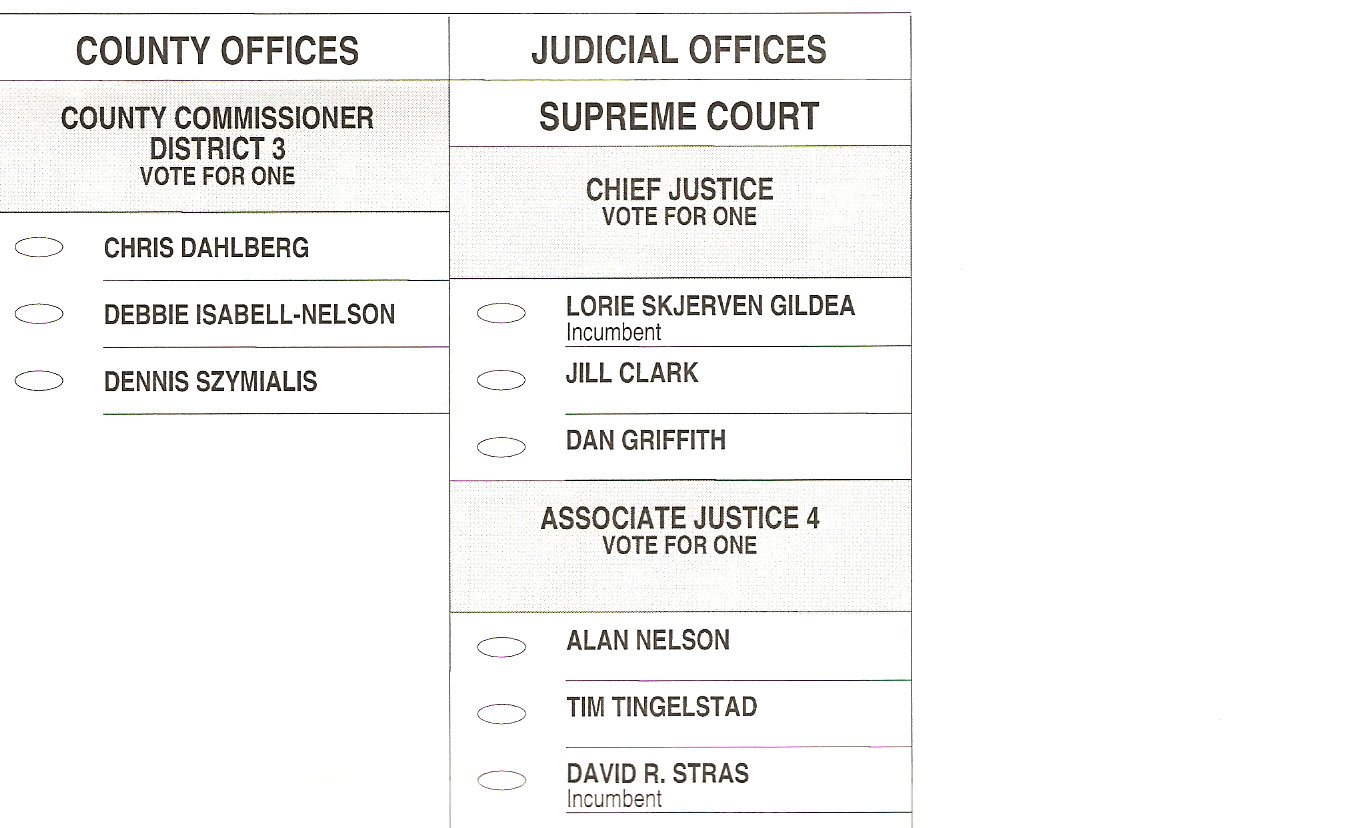 There is less than a month to get the candidates straight for the Minnesota State and St. Louis County Primary Election on Aug. 14.

The ballot below is for the western part of Duluth, where District 3 County Commissioner Chris Dahlberg is up for re-election. If you live on the eastern side of town, you’ll instead vote in the District 2 race between incumbent Steve O’Neil and challenger Becky Hall. And if you live in the far, far west of town — out in Fond du Lac — you’ll vote in the District 5 race between incumbent Peg Sweeney and challenger Pete Stauber.

There is also a Minnesota House District 7A primary on the eastern side of Duluth between between DFL incumbent Tom Huntley and challenger Brandon Clokey.

When we get to November, there will be more local races on the ballot … in addition to a little office you may have heard of called the President of the United States.

I know the city has a lot on its hands right now, but this decision was made pre-flood. Maybe a...