Yesterday I was out at The Princess Bride with a couple of goslings and other uberfans at the Zinema for their excellent Saturday-morning-movies-for-the-whole-family series. That would have been awesome enough, but they threw in free juice boxes for the kids, but it got even better. In the place where we expected the opening previews, or maybe a video short to roll we were treated to this 2006 video, by Duluth’s Willie the Warlock

I was literally thunderstruck, unable to believe that I had never seen this video or heard the song before! The even bigger surprise is that I have met Billy Q. Effinger aka Willie the Warlock on numerous occasions and no one had ever mentioned to me anything about this secret side of him. Billy then made a personal appearance at the Zinema to talk about bullying and promote a new gov’t anti-bullying campaign. He also handed out these unique buttons with a mini dvd attached: 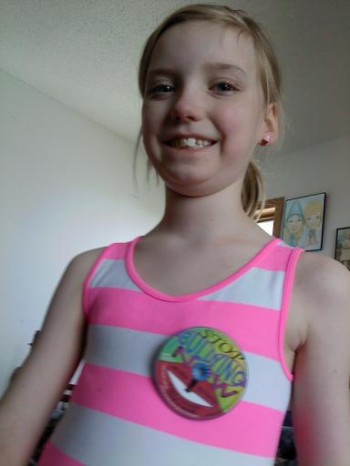 Along the way we had an old-fashioned sing-along like I imagine they used to have across the street at the Norshor. We began with “The Candyman” (which my 3 yr old was singing all day along) and a raucous performance of the Hokey Pokey. I captured a 5 second clip here and if you look closely you might see a silhouette of PDD calendar editor Lawrence Lee.

I find Willie the Warlock to be a magnetic figure and I can’t get this video out of my head. Also, I love the be yourself anti-bullying message he’s trying to share. I would love to see this local, homegrown video go viral this week, spread the word.

Today, ladies and gents, marks Day One of Homegrown: The Apocalypse. Homegrown banners are in rotation here at PDD, and...