Whether or not you appreciate the Androy, I believe it is all about expectations. If you are expecting a Marriott, this is not your place. You have to appreciate how vintage the Androy is. You have to want to totally geek out about the original 1920’s bathrooms with octagon tile, the old letter box and mail chute, the big chunky keys for the original wood doors, the step back in time lobby, the original hotel telephone switchboard, and rooms with two queen sized beds for only $50.

The Androy has almost a cult following. People either love it or hate it. But if you love it, you will come back again and again. That’s the category I fall into. Can’t beat the location — can walk to any number of live music or night life venues. Papa Don’s restaurant downstairs is one of the best greasy spoon breakfasts in town and open 24 hours. Walk across the street and get a Vintage Italian Pizza to take back to your room. Just minutes from all of the attractions in Duluth without having to pay out the nose for Duluth hotel prices (and couldn’t find this kind of character at those places anyhow). So many reasons to love the Androy!

If you don’t know, the year’s best meteor shower happens next week, in the wee hours of the morning of Aug. 11, 12 and 13.  From what I read, the Perseids are one of the most active showers, with up to 50 meteors an hour – should be a nice show!

I’m hoping to get out and watch a bit; I’m wondering if anyone has any favorite or secret spots?  Although there are nice bare spots above Skyline or along Park Point, I’m hoping to escape the glare of city lights.  I was thinking Stoney Point might be nice, or perhaps Gooseberry?  If someone has suggestions of closer spots, that’d be even better. 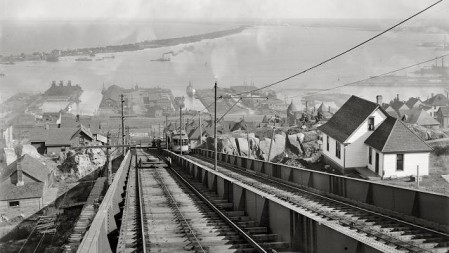 And, of course, there was one day in which it was indeed a terrifying ride, though no one was on it.

On May 28, 1901, a fire started in a coal bin in the engine room of the powerhouse. Wind carried the fire to the pavilion at the top of the incline. The heat of the fire melted the tram cables, and a burning trolley raced down to Superior Street, where it crashed into Superior Street Station. No one was injured.

Please RSVP by following the link below.

It’s time to party and the candidates’ answers

See the Hillsider electronic newsletter here for links to where the National Night Out parties are located and candidate questionnaires for the upcoming election.

What could you do in your position to prevent the disproportionately high number of children of color that are in the juvenile justice system? Are there alternatives to juvenile detention by focusing on solutions rather than punishment?

Does anyone know what’s become of the stylist Crystal that used to cut hair at the Cat Walk in Woodland?

Charlie Parr live on the Mississippi

Competition in the corn maze business

Engwall Florist, Greenhouse & Garden Center is growing a 52,000-square-foot corn maze that will open Sept. 10 at its Hermantown Road location.

Engwall’s Corn Maze at the Garden Center will be the closest corn maze to Duluth … at least that I’m aware of. Silver Brook Corn Maze is in Wrenshall and opens Sept. 17.

Engwall is partnering with the Second Harvest Northern Lakes Food Bank, donating a dollar from each paid admission to the corn maze.

Yet another reason to drink beer 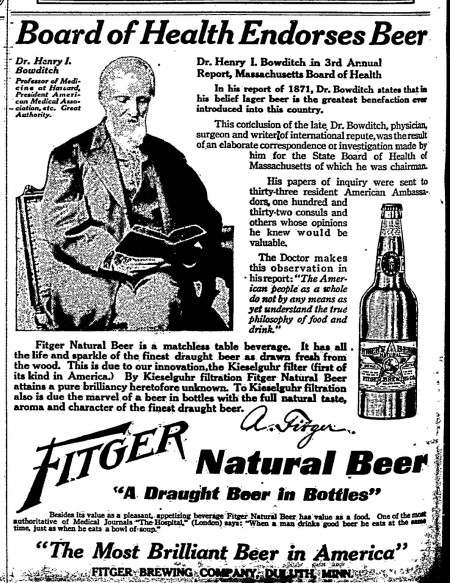 If anyone knows of a good Mac repair person in town, I’d sure appreciate the contact info. 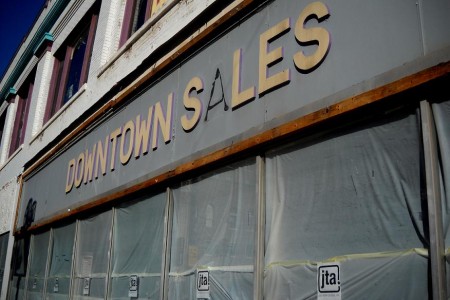 You may have noticed in the past month or so that the old sign has been removed from the Lange Motor Building, best known as the location of the former Carlson Book store, revealing an older sign for Downtown Sales.

What was Downtown Sales? It was an odds and ends store that preceded Bob Carlson’s bookstore venture. Does anyone remember anything about it? We’re talking late 1970s.

R. O. Carlson Used Book & Record closed in March 2003. Big Lake Book had a short run after that, followed by Boardwalk Book. Rod Raymond and Tim Nelson own the building now, which is being gutted of literally tons of old water-damaged books and magazines. No word on future plans.

This part of Superior Street used to be called “Automobile Row,” up until about the 1960s. The Carlson Book building was home to Interstate Auto Co., Kent Motors, Lange Motors and probably a bazillion other businesses.

So there’s a half-ass history outline. Fill in the blanks if you know anything.

We need to replace a poured concrete front porch stoop and would appreciate any recommendations for a contractor or company in the area with a solid track record and reasonable pricing for this type of thing. Any specifics of your experience with local people who do such work might be very helpful. Caveats and nightmare tales of such residential concrete work gone wrong might also be instructive. Thanks so much!

This winery recently began operating out of an old convenience store near the Choo-Choo Bar in Superior. It’s called Wine Tyme Winery, and is owned by Tom and Linda Anesi. The address is 4932 E. Second St.

They make wine from kits (for example, the Winexpert brand) and also sell the kits so you can make wine at home. Stop in and try a sample.

Tom said he also plans to sell beer-making supplies there in the future.

My otherwise perfect Saturday was marred by going down to the dock next to the tall ships. It was 8pm and I just wanted to stroll by and see them with my kids. They wanted $6 each for the privilege.  Seems a little much to pay to walk by on the street after the day’s events. The city apparently sold its soul to the greedy company running this year’s festival. Bad show.