Water Wednesday: History of the St. Louis River and Estuary 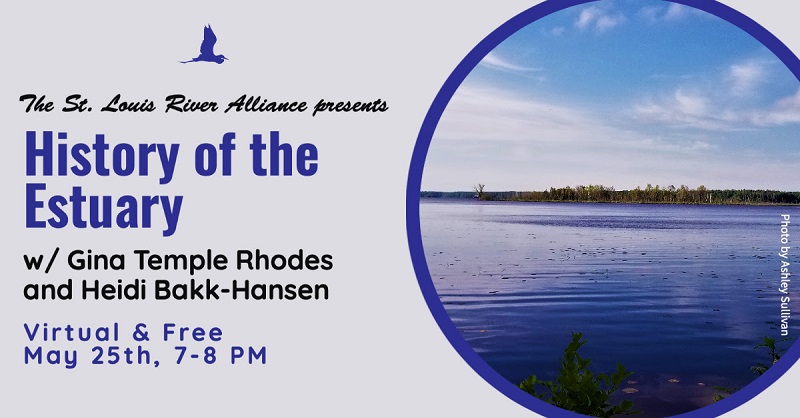 The St. Louis RIver Alliance presents Heidi Bakk-Hansen and Gina Temple-Rhodes telling the “History of the St. Louis River and Estuary” during a free online event.

During this presentation local historians and researchers Heidi Bakk-Hansen and Gina Temple-Rhodes discuss the history of the St. Louis River and estuary, including early inhabitants, explorers, industrialization, and the 1970s cleanup efforts and formation of the Western Lake Superior Sanitary District.

Bakk-Hansen is a local historian, teacher and writer who has spent many hours on the St. Louis River and estuary in her little green kayak. Temple-Rhodes is a self-described local history nerd. After years working for the National Park Service and WLSSD, she became a self-employed oral historian and interviewed local elders and those involved in Duluth’s recent past. She loves saving and sharing stories.