The Event of the Century: Standing Strong for Our Precious Water The Standing Strong for Our Precious Water Art Exhibit and Concert Benefit for Standing Rock took place this past Friday at AICHO Galleries and was an amazing success.  400+ people showed up, raising a preliminary estimate of above $7,000 for Standing Rock water protectors and Honor the Earth (and that number continues to rise as more artwork is purchased over the course of the next month). The evening featured artwork by roughly 100 different visual artists, with musical performances by Annie Humphrey, Keith Secola, Jamie Labrador, #theindianheadband, Oshkii Giizhik Singers, Jake Vainio, and Richie Townsend. 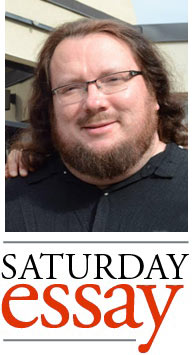 When I was young and more exciting than I am now, I started teaching Art Spiegelman’s graphic novel Maus. One of the reasons Maus made its way into classrooms was that it was an immensely accessible introduction to the Holocaust.

Perhaps this is clearest in the scene where Artie and his wife, Francoise, take Vladek to the grocery store so that Vladek can return a half-eaten box of cereal.

“Mni Wiconi” is the Sioux term for “water is life.” This documentary was created by Lucian Read with support from the WK Kellogg Foundation.