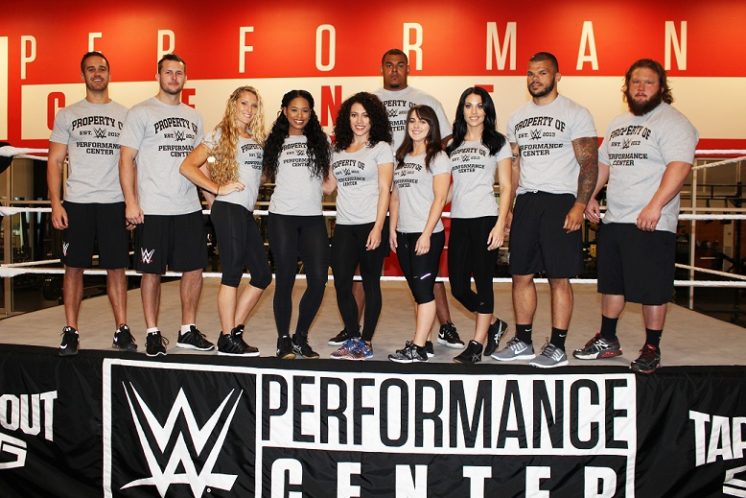 According to Ringside News, Superior High School 2010 grad Nikola Bogojevic is part of a group of new recruits training at the World Wrestling Entertainment Performance Center. (He’s the hulking mass at the far right in the image above.) These men and women “will have the chance to hone their skills and fulfill their dream of becoming a WWE Superstar.”

Personally, I didn’t care much about the accuracy of Jeff Tweedy quotes in various media, but I believe I’ve found a media issue of the utmost importance to our society.

In the Duluth News Tribune’s report about Superior High School wrestler Nikola Bogojevic winning the state championship in his weight class, this paragraph jumped out at me:

Moments later he grabbed Superior coach Bill Gedde and put him in an airplane spin — made famous by professional wrestler “Rowdy” Roddy Piper — to celebrate the title.

Since when did Roddy Piper make the airplane spin famous? I remember Mike Rotunda using it as his signature maneuver in the 1980s, but I don’t remember ever seeing Piper do it. I mean, I suppose it happened, but I just don’t associate that move with Piper.

Am I right here?

By the way, congratulations to Bogojevic for his victory, his awesome season, and most of all putting his coach in an airplane spin. That’s epic.