Slow down for Snow Covered Roads

Part PSA, part self promotion, a new song from the Formal Age. 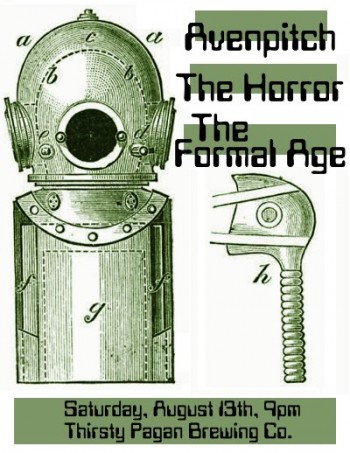 The Formal Age with Matt Ray and Those Damn Horses 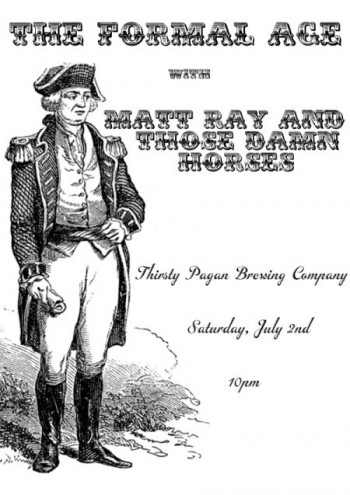 The Formal Age are a local indie rock band reminiscent of the Cars or the Hold Steady.   They are “new” band, but the members are all veteran players who have been a part of the scene since the late 90s.   They debuted at Homegrown under the name “A Team / B Team”.

Matt Ray and Those Damn Horses is a 6 piece “string band” that specializes in high-energy, modernized versions of old songs taken from Americana and Roots music along with a healthy dose of original music.

It should be a great show with lots of variety.

2009 Guitar Foundation of America Concert Artist Competition Winner, French classical guitar virtuoso Florian Larousse, at the age of 22, has already wowed audiences on multiple continents. From numerous prizes in some of the most significant international competitions of the guitar world, to audience choice awards and recording contracts, Larousse has shot to the forefront of his field. Larousse has earned prizes in a number of international competitions in various countries including France, Germany, Hungary, Portugal, Spain, and the United States. His performance at the Jose TomÃ¡s Competition (Spain) earned him first prize and the Audience Choice Award in addition to resulting in a tour of Spain to 10 different cities as well as a recording contract. In 2009 he won the Koblenz International Guitar Competition “Hubert Kappel” (Germany) and later that year won the coveted first prize of The Guitar Foundation of America International Artist Competition. My wife and I found this cat in a parking lot along (ironically) Garfield Ave last night. I just brought him to the animal shelter. He was super-friendly and had been de-clawed and neutered. He’s mostly black, with a white chin and “socks” on all four feet. Figured I’d post because I know if I’d lost one of my cats I’d want someone to do the same. At the very least I hope he’s re-adopted. Does anybody out there own (or know somebody with) a high-quality metal detector?  I lost my wedding ring digging in the garden yesterday (should have removed it, I know…)   I already rented a cheapo one and tried it out but it wasn’t much help (too many false readings).  I’m looking for somebody with a high-end detector and the know-how to discern all the crazy noises it makes.  I’d pay you for your time.