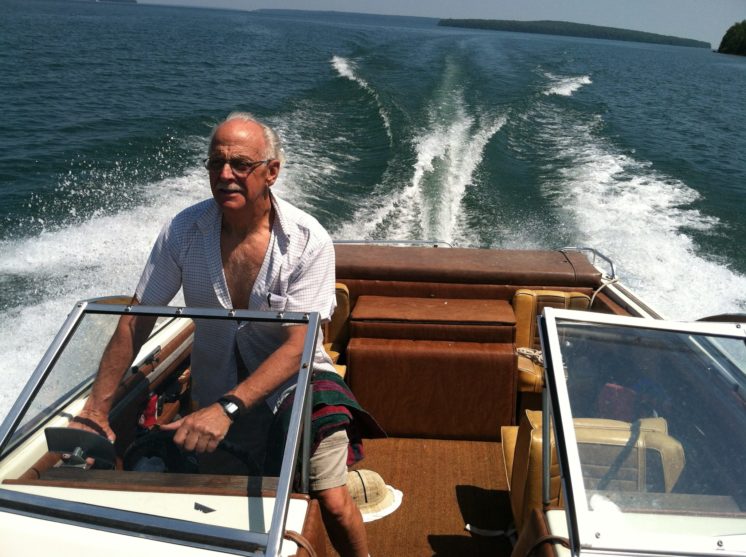 Visitors to Madeline Island this summer will discover one of its icons has passed on. Marlin “Bud” Nelson, proprietor of the Madeline Island Oasis, died earlier this year. A celebration of life event is planned for Saturday, June 23.

Visitors to Nelson’s informal little drinking establishment on Big Bay Road this spring have found the doors locked and a sign in the window promoting the upcoming event. A post on the Island Oasis Facebook page on June 14 reads:

A memorial will be held for Bud on Saturday, June 23. There will be a ceremony at 10 a.m. in Big Bay Town Park, down by the water, with pastor Marina Lachecki presiding. All are welcome to attend. Or, just stop by the Oasis later that day, when we will (be) sharing stories of Bud and maybe a beer or two. (BYOB.) This is Bud’s friend, Tim. I have some sad news. Bud has passed away.

He learned earlier this winter that he had colon cancer. It was advanced, and rapidly metastasized. Treatment was not able to arrest.

Bud was fortunate to be in Florida with his family, who cared for him until the end, and he was especially blessed by the recent birth of his grandson Abel.

There will be a memorial on the island in the coming weeks, details to follow. It was Bud’s wish that he be cremated and buried with his mother, Leona, and brother, Mike, in Greenwood Cemetery on Middle Road.

I learned the news this afternoon on the ferry and went straight to the Oasis, popped open a beer and rang the bell in his memory. When I arrived, there were two deer on the lawn, waiting for their old friend. It will be a sorrowful time for all of us island creatures who were welcomed to Bud’s home.