In a world where trivia abounds, a quiz emerges to challenge your knowledge of Duluthians in the film industry. Only the buffest of film buffs will prevail; do you have what it takes to arise victorious?

Zenith City Online was an invaluable source of research for this quiz. For more information on these and other Duluth performers, check out their biographies at zenithcity.com.

The next PDD quiz, reviewing headlines from May 2018, will be published on May 27. Email question suggestions to Alison Moffat at [email protected] by May 24.

#1 Duluthian and newscaster Roger Grimsby played himself in which 1984 Ivan Reitman-directed comedy? Buchman did not receive the Oscar for Best Screenplay that year: the award went to Sidney Howard, who was posthumously honored for “Gone With the Wind.”

#3 This Duluth native played leading lady to Douglas Fairbanks in “The Iron Mask,” “The Mark of Zorro” and “The Three Musketeers.” De La Motte was honored with a star on the Hollywood Walk of Fame in 1960.

#4 In addition to voicing Garfield in more than a dozen TV specials, this Duluth native worked as a voice actor on “Rhoda,” “Darkwing Duck,” “Disney’s Adventures of the Gummi Bears” and “The Real Ghostbusters.” Music was also a co-creator of “The Bob Newhart Show.”

#5 Duluthian Peggy Knudsen appeared in which 1946 Bogart and Bacall film? 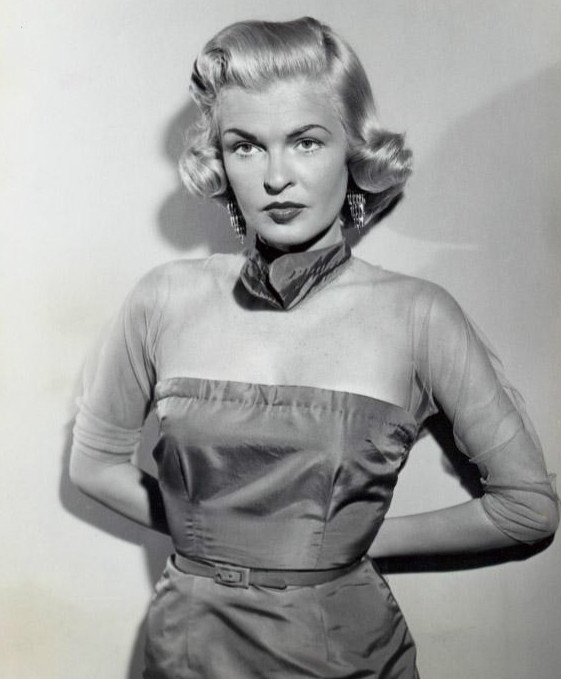 Knudsen was honored with a star on the Hollywood Walk of Fame in 1960.

#6 Duluth native Wellyn Totman worked as a Hollywood screenwriter and penned “The Dawn Rider,” which featured this Western star? #7 Duluthian and actress Dorothy Arnold married this Yankees slugger (pictured below) in 1939. Arnold and DiMaggio met on the set of  the film “Manhattan Merry-Go-Round” in 1937.

#8 Silent film actress and Duluth native Carol Dempster appeared almost exclusively in films by this director, including “Intolerance” and “The Love Flower.” Dempster left $1.6 million to the San Diego Museum of Art upon her death.

#9 Jane Frazee, who attended Merritt Elementary School in Duluth, appeared in “Under California Stars” in 1948 with this Western actor (pictured below). Jane and her sister, Ruth, performed in the 1930s on the vaudeville circuit as the Frazee Sisters.

#10 This Duluth native and voiceover actor recorded more than 5,000 film trailers and is associated with the phrase “in a world…” LaFontaine’s famous line “in a world…” became the title of a 2013 romantic comedy about voice-over actors.

Nanay’s Kitchen and Asian Food in the Twin Ports

I had a small window Saturday between the end of my workday and the end of the serving of food...