The Local Does Duluth on Demand 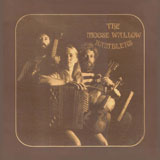 In case you missed the June 29th edition of the Local on KUMD hosted by me and Paul Lundgren and based on this PDD post, it’s now archived on our website here. It features an interview with John Berquist of the Moose Wallow Ramblers (pictured at left), who wrote “I Like it in Duluth,” and a medley of versions of that song.

You can also listen to my recent show featuring interviews and music from the Winnipeg Folk Festival, including interviews with Charlie Parr and Eric Berry of Trampled by Turtles, who were both playing the festival for the first time, here.

In both of those interviews we reference the fact that Charlie’s description in the Festival book claimed there were three acts from Duluth playing the festival; none of us could figure out who the third act might be. An e-mail inquiry to the festival organizers revealed that whoever wrote the description thought the Jayhawks were from Duluth, too.