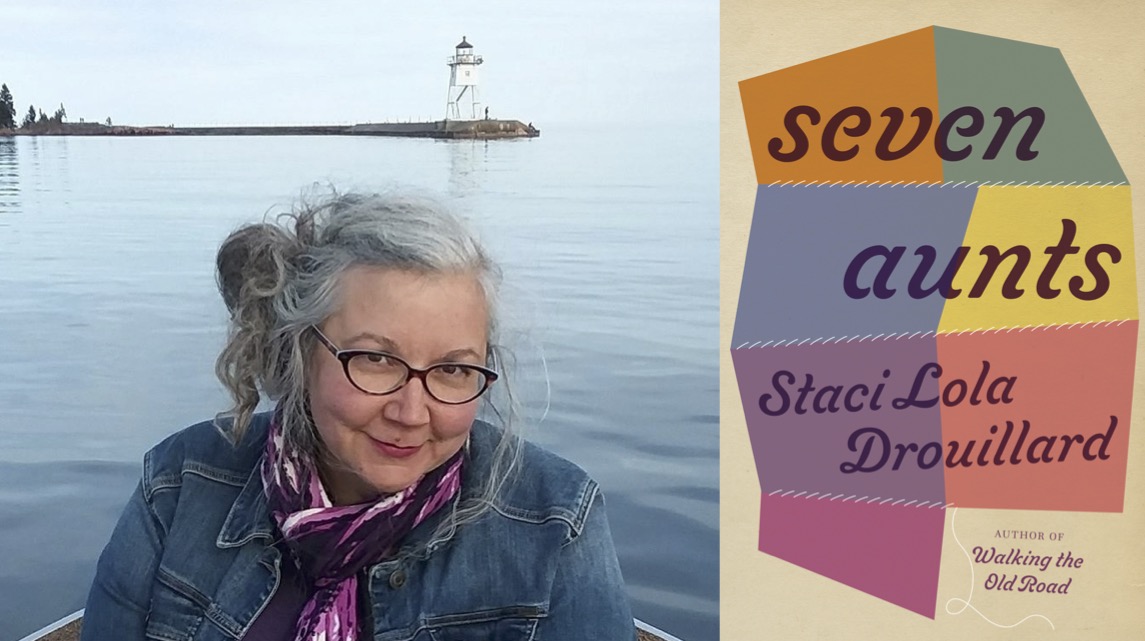 A descendant of the Grand Portage Band of Lake Superior Anishinaabe, Drouillard lives and works in her hometown of Grand Marais. Her first book, Walking the Old Road: A People’s History of Chippewa City and the Grand Marais Anishinaabe, won the Hamlin Garland Prize in Popular History and the Northeast Minnesota Book Award for nonfiction and was a finalist for a Minnesota Book Award.

They were German and English, Anishinaabe and French, born in the north woods and Midwestern farm country. They moved again and again, and they fought for each other when men turned mean, when money ran out, when babies—and there were so many—added more trouble but even more love. These are the aunties: Faye, who lived in California, and Lila, who lived just down the street; Doreen, who took on the bullies taunting her “mixed-blood” brothers and sisters; Gloria, who raised six children (no thanks to all of her “stupid husbands”); Betty, who left a marriage of indenture to a misogynistic southerner to find love and acceptance with a Norwegian logger; and Carol and Diane, who broke the warped molds of their own upbringing.

From the fabric of these women’s lives, Staci Lola Drouillard stitches a colorful quilt, its brightly patterned pieces as different as her aunties, yet alike in their warmth and spirit and resilience, their persistence in speaking for their generation. Seven Aunts is an inspired patchwork of memoir and reminiscence, poetry, testimony, love letters, and family lore.

In this multifaceted, unconventional portrait, Drouillard summons ways of life largely lost to history, even as the possibilities created by these women live on. Unfolding against a personal view of the settler invasion of the Midwest by men who farmed and logged, fished and hunted and mined, it reveals the true heart and soul of that history: the lives of the women who held together family, home, and community—women who defied expectations and overwhelming odds to make a place in the world for the next generation.