Reminisce about the bygone restaurants and bars of Duluth with this month’s quiz!

The next PDD quiz, reviewing the headlines of 2018, will be published on Dec. 30. Please email question suggestions to Alison Moffat at [email protected] by Dec. 27.

#1 This restaurant, formerly located at 2631 London Rd., gives its name to a particularly challenging section of Grandma’s Marathon.

#2 This restaurant was located at 2230 London Road from 1969 until 1997. Elysium Salon and Spa occupied the unique, rounded building from 2000 until 2012; Liberty Wealth Management of Raymond James currently occupies the building. Read more about the Bellows here.

#3 The Classy Lumberjack, located on the 500 block of West Superior Street, was part of a district known by what nickname? Read more about the Bowery (and the Gateway Urban Renewal Program) at Zenith City Online. 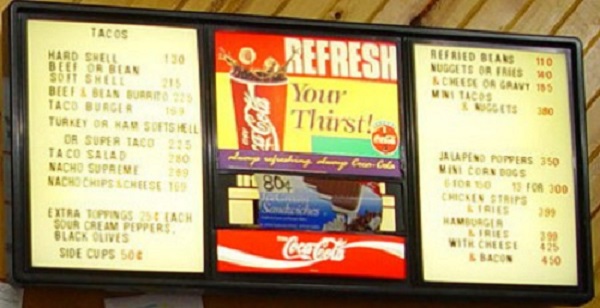 Reminisce about House of Donuts here.

#5 This dessert was purportedly invented in the restaurant of the Hotel La Perl, located at 501-503 W. Superior St. (a space later occupied by the Hotel Holland, pictured below). #6 This restaurant was attached to the Buena Vista Motel and offered a panoramic view of the Duluth/Superior harbor. #7 The 220 E. Superior St. building that currently houses the Zeitgeist Arts Cafe has been home to many bars and restaurants over the years. What business occupied the space when Duluth repealed its ban on liqour sales? Jack’s Café was among the first bars to serve alcohol after Duluth repealed Prohibition; read more at Zenith City Online.

#8 What is the name of this restaurant, which was housed in a department store that is now home to Goodwill Industries? Read more about Goldfine’s by the Bridge here. #10 Which entity currently occupies the site where the New Yorker Patio Restaurant once stood? The New Yorker Patio Restaurant was housed in the Fifth Avenue Hotel; read more about them both here.

We are migrants, one and all, on el Camino del Tiempo, where even the housebound and hunkered-down awaken each morning...