Breaking Ice to Bring in Freighters on the 20th of January 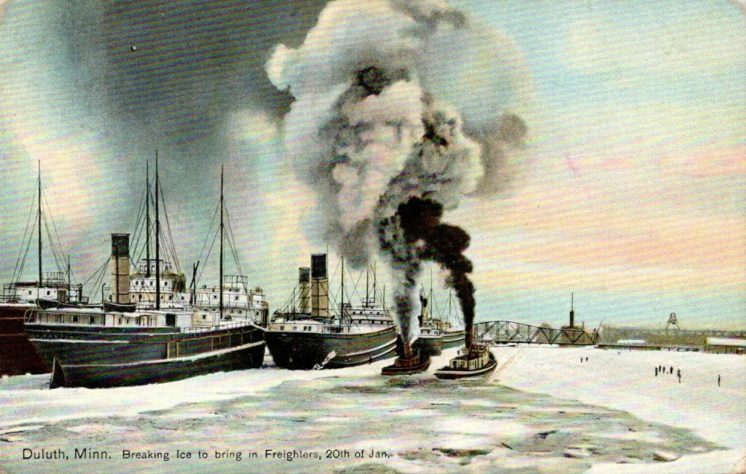 This postcard, published by the Hugh C. Leighton Company, was never mailed and has no year marked on it, but the caption on the front would indicate the illustration is based on a photo shot on Jan. 20 of some year in the early 1900s.

Whether the artist drew people standing on the edge of the ice as a creative choice or whether they were really standing there is not known, unless the photo exists somewhere. Either way, file the act of walking out to ice breakers in the “no, don’t do that” category.