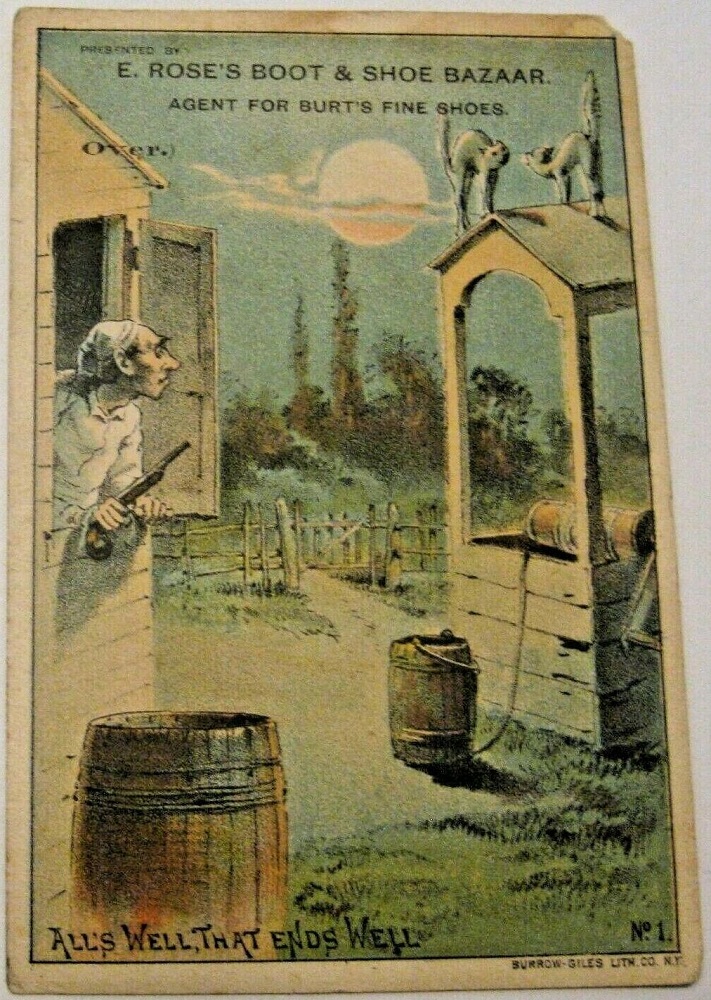 This Victorian trade card promotes E. Rose’s Boot and Shoe Bazaar, a Duluth retailer of Burt’s Fine Shoes. Info on the store isn’t easy to come by, but a pair of newspaper ads found after this post was initially published indicate the store was open from 1882 to 1886.

Wikipedia tells us Edwin C. Burt of the New York City-based shoe manufacturing outfit Edwin C. Burt & Co. died in 1884 and the company assigned its liabilities over to Thomas Cunningham of Blauvelt, N.Y. in 1898. At the end of the 19th Century the building at 7 E. Superior St. might have been the Long Block, but things get fuzzy that far back. The back of this trade card, and both of the ads shown in the first comment to this post, add “Blue Front” near the address, so perhaps there was a Blue Front building there circa 1886. Today the Duluth Technology Village stretches across that address.

Five months before COVID-19 was labeled a pandemic, on a Saturday night back when people gathered together in public places...