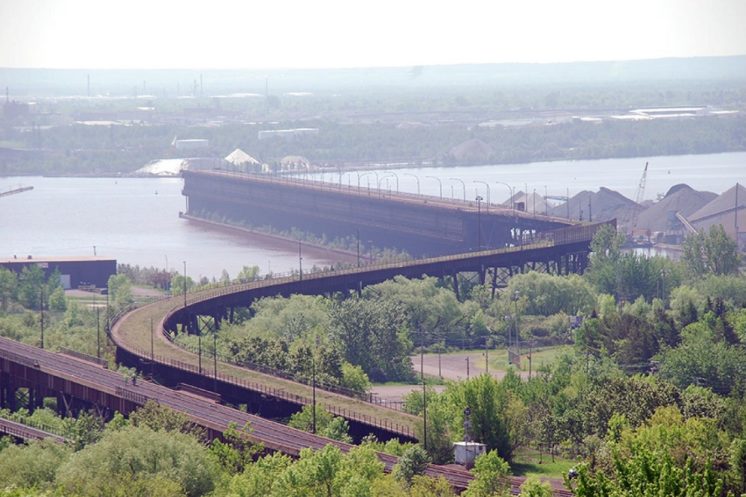 How historically significant is West Duluth’s old ore dock and its viaduct and bridges? The Minnesota Department of Transportation retained the consultant team of LHB, Mead & Hunt and 106 Group to produce a multi-purpose study in 2014 that was part of a more comprehensive process involving numerous agencies looking at 140 historic bridges. Part of the goal of the “Local Historic Bridge Report” for the “DM&IR Ore Dock No. 5 Approach” was to gather historical information should the property owner — Canadian National Railway — wish to request a nomination be prepared for the National Register of Historic Places.

For the third edition of DuluthiLeaks — Perfect Duluth Day’s feature in which public documents are released as if they contain secret information leaked from an anonymous whistle blower — we peak into a study of four steel-beam bridges that are part of the mile-long approach to DM&IR Ore Dock No. 5.

The viaduct and ore dock were constructed from 1913 to 1914 by the Duluth, Missabe and Northern Railway, predecessor of the Duluth, Missabe and Iron Range Railway. The four bridges along the viaduct are numbered 7631 (over West Third Street and Grand Avenue), 7626 (over Carlton Street), L6138 (over West Superior Street) and 69829 (over Interstate 35).

The first 15 pages of the report appear below. The full report is available at dot.state.mn.us, but the latter pages are mostly statistical charts, appendixes and inspection reports. 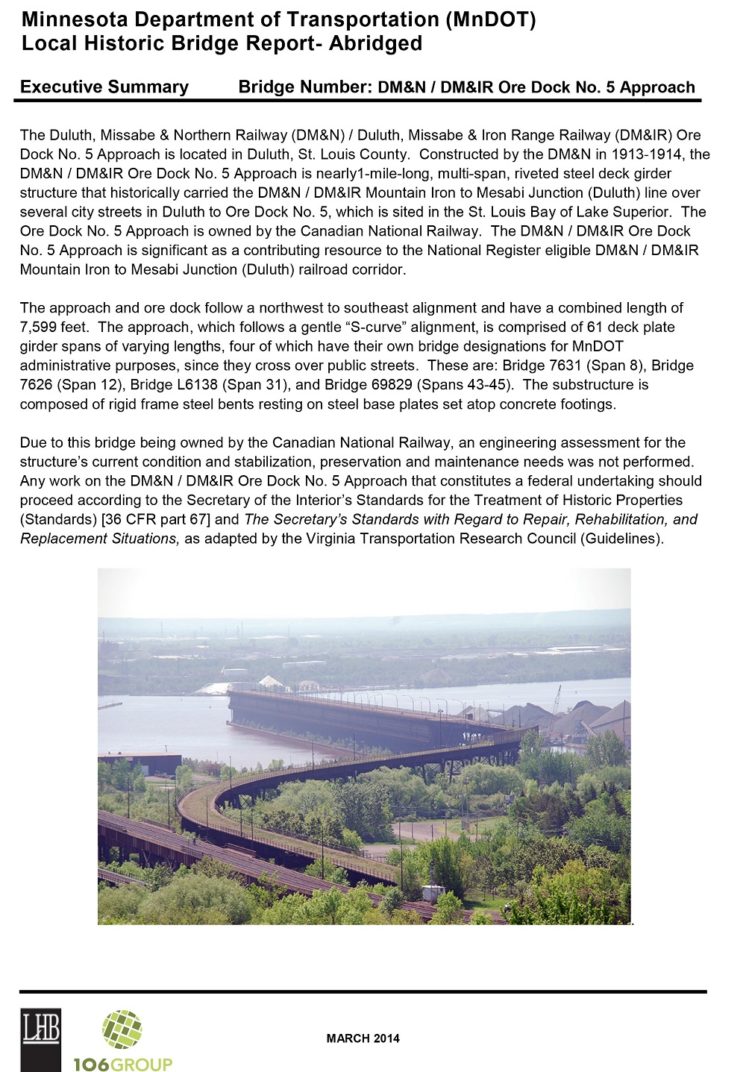 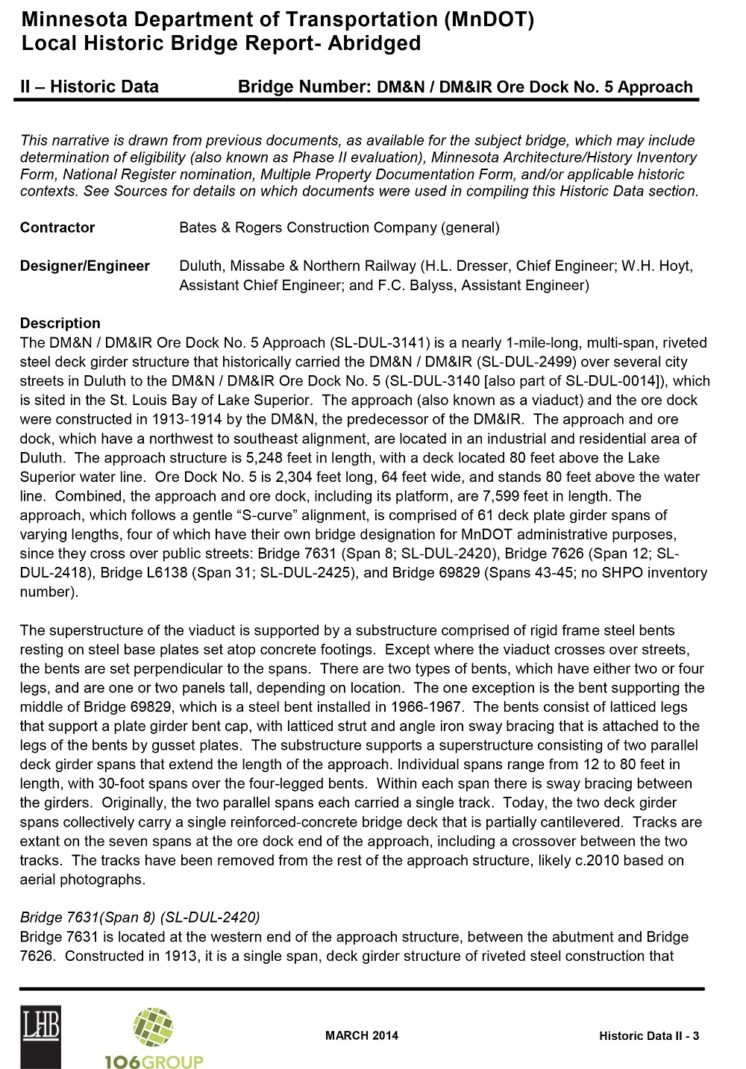 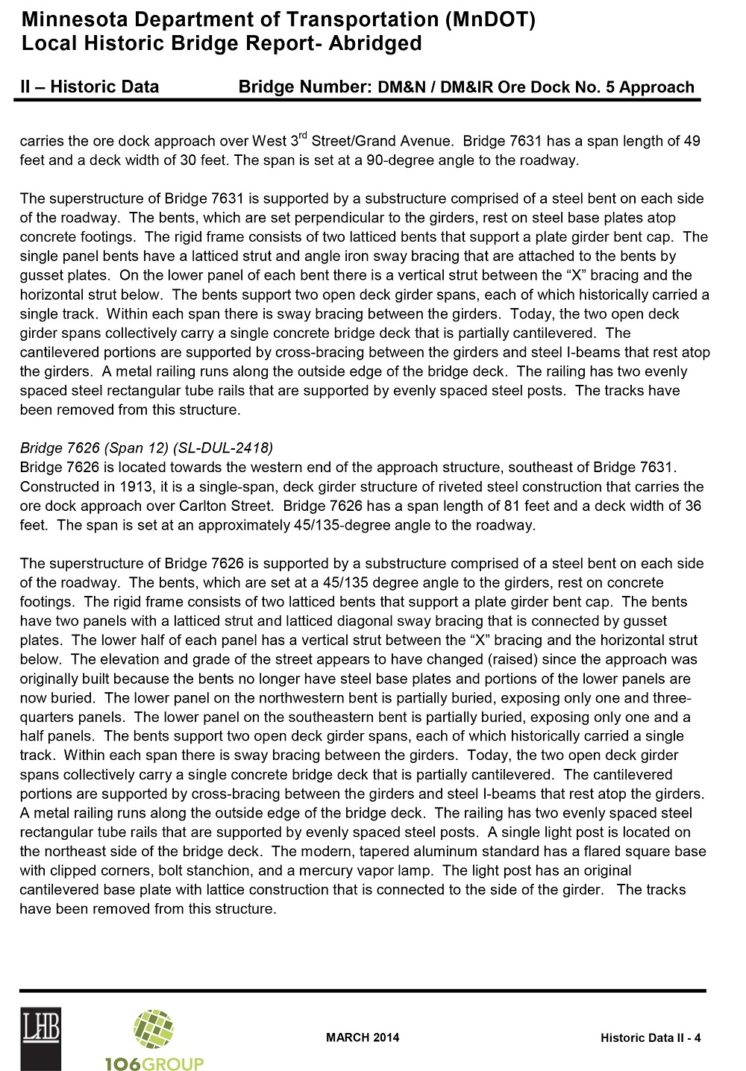 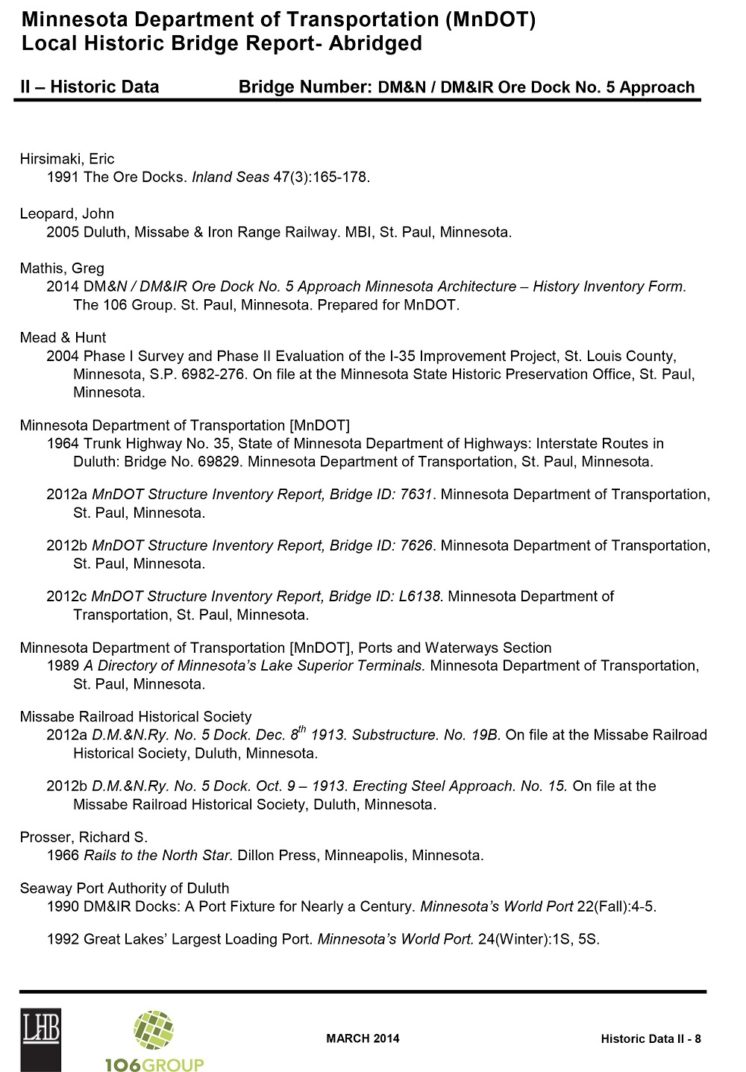 And, as with most stuff related to cool industrial relics, PDD recommends you fully geek out and read Dan Turner’s take on Dock No. 5 by following the link below. 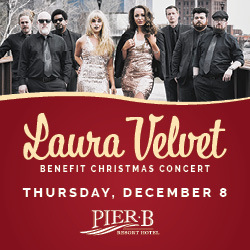 Poll: What is the best restaurant in the South Shore-area?

With your help, we've compiled a list of nominees for the perfect South Shore-area restaurant poll. Now it's time to...