Appreciating a Recent Movie at Zinema 2 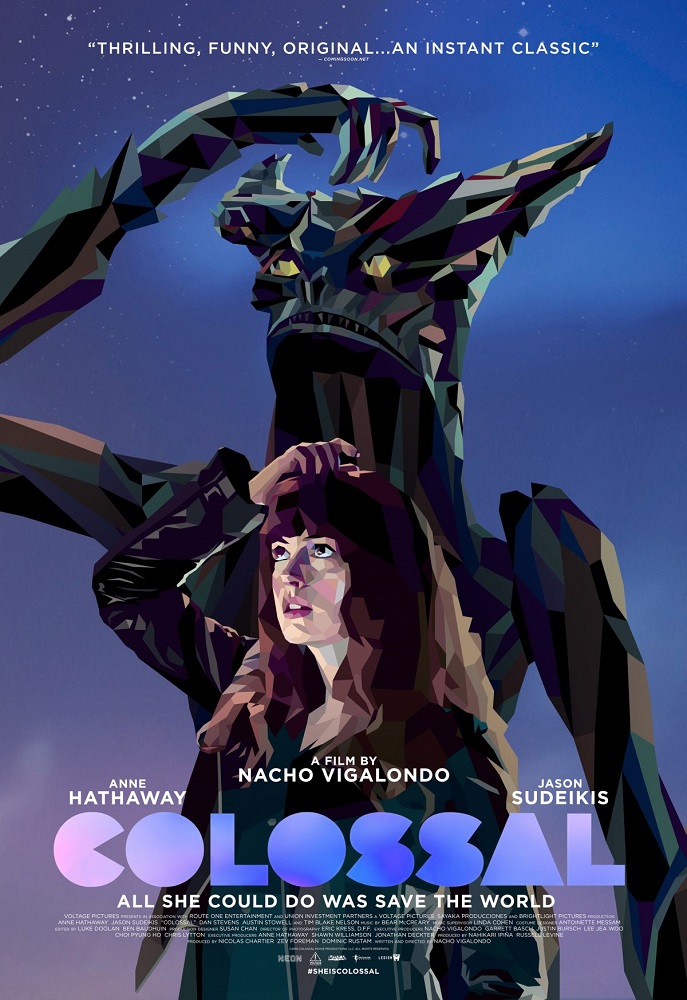 I forget how lucky we are to have the locally operated Zinema, especially on its $5 days. Last night I saw Colossal, a movie starring and co-produced by Anne Hathaway. (Spoilers)

I’ve seen nearly every Godzilla movie, so the idea that every morning, when Gloria (Hathaway) is hung over, a Kaiju Monster attacks Seoul seemed interesting — a metaphor for the unintended consequences of alcoholism, I figured. Pretty straightforward, low-brain energy attempt to be deep, but with Kaiju!

The opening scene shows Gloria’s boyfriend throwing her out, telling her he can’t be with her when she’s out of control like this. It’s designed to communicate to the audience: Gloria’s addiction is the problem.

So it slowly sneaks up on you that pushing her into the street is a power move, a control move. And the next guy who falls for her uses threats of violence against her and against Seoul to keep her under control. And, damnably, the young guy she flirts with, who might be hoped to do more, just watches and apologizes afterward. Watching and apologizing sustains the power and control.

The special genius of the film is Gloria’s clear recognition that her drinking has unintended consequences, to be sure (deaths in Seoul), which helps her stabilize her addiction. That clear (maybe just a little too easy, given how hard addiction is to manage) recognition is matched by the slow, gnawing recognition that she’s surrounded by men who say they love her but only understand control. The audience (well, at least me in that audience) comes to this realization slowly, with her. And our slow, shared recognition makes her choice to find her own, independent way delicious.

This is not a depiction of the cycles of abuse that will help us understand the experience of the victim; the fantasy elements undermine that. But if I needed a representation of abusive relationships to show to an audience who need Kaiju to come to a movie, I would grab this DVD.

Duluth Street Railway trolley barns on the upper side of Superior Street between 26th and 27th avenues west. Photo dated...