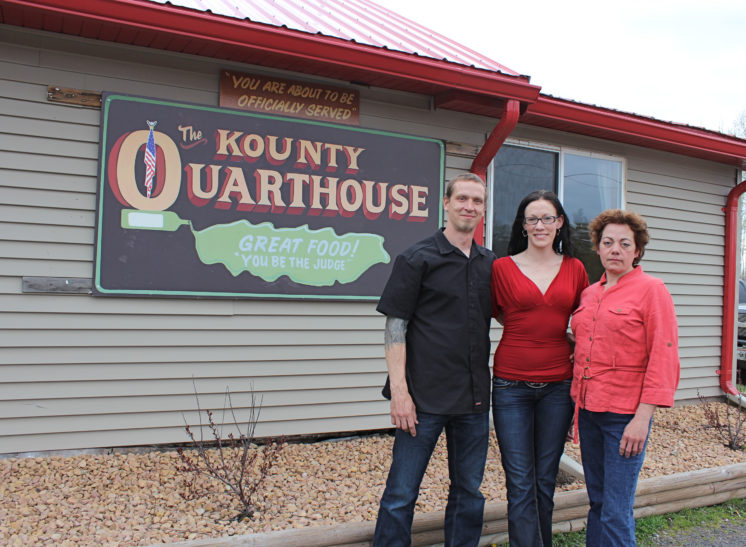 One might not expect the food served at a nondescript roadhouse six miles south of Superior to be anything special, but the Kounty Quarthouse, off County Road K in South Range, is a hidden gem that shatters stereotypes.

Beth Cherny, founder of Savories Catering in Duluth, took over the modest wayside tavern in 2006. She played up the legal theme and overhauled the menu. Her creative culinary concoctions were an instant hit with regulars and foodies from further afield. In 2014, the Food Network’s Guy Fieri shot a segment there for “Diners, Drive-ins and Dives,” his popular show that uses public input to discover and highlight some of the best “greasy spoons” in the nation.

Cherny’s decade-long run with the Kounty Quarthouse ended in March when she sold the business to Kandice and Bill Szewcik. Fans of the eatery will be relieved to know the recipes were sold along with the restaurant and the new owners intend to maintain the same quality customers have come to expect.

Kandice is originally from Two Harbors, and she’s been bartending for 20 years. She’s always had the goal of owning her own business by age 35 and says she and Bill are partial to country bars. Bill is from Superior and became familiar with the Kounty Quarthouse through his work with Leamon Mercantile distributing. When he saw the “for sale” sign, he brought his wife there to check it out. She was immediately smitten. 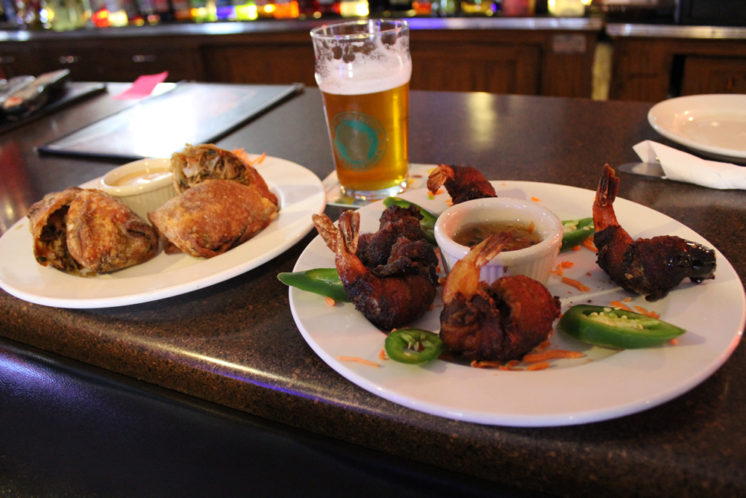 The couple acted quickly to buy the place and brought on Kandice’s aunt, Jennifer Isaac, who has 25 years of combined cooking and kitchen management experience. Most of the Kounty Quarthouse staff was retained and the business remained open during the transition of ownership.

Kandice says customer response so far has been very positive. Regulars were distraught at the thought of the popular restaurant closing, and it gets a fair amount of tourists, too. “People come from all over the world to eat here. They make a point to tell us where they’re from,” says Isaac, noting they’ve had recent patrons from Florida and Colorado.

The Szewciks say any changes they make will be improvements. They’re considering bringing back some old favorites based on customer demand, like the deep-fried bacon, and they plan to run periodic specials. Bill says they doubled their tap lines this week and now offer 17 tap beers. They’re making an effort to feature local craft breweries like Castle Danger, New Glarus, Bent Paddle and Sand Creek.

If you go: don’t be scared, everything is a play on the Kounty Quarthouse theme. The hallway to the bathrooms is labeled “Interrogation Rooms” and the menu is divided into sections like “Lighter Sentence” (salads) and “Grand Jury” (specialty burgers). Though there are a couple of vegetarian options, this joint caters to carnivores. Try the “You’ve Been Sprung Rolls” or “Warrant for Your Arrest.” The former are sumptuous spring rolls made with shrimp, pork belly, shredded veggies and Asian dipping sauce; the latter consists of jumbo shrimp stuffed with jalapeno-cranberry cream cheese wrapped in bacon and served with hot-pepper jelly. The pork belly sandwich with Asian slaw, Korean BBQ and wasabi sauce is also a standout. There’s a reason it won Guy Fieri’s enthusiastic approval. Want to celebrate Dylan? Here are some Dylan-related questions! Good luck, Dylan fans! The next quiz will be out on...