One of the more provocative questions it raises, for example, is about the relationship between art like the current sculpture designed to invoke indigenous contributions to our area with work by Jeff Savage at the headwaters of the Mississippi. Similarly, it addresses the improvised monument (the eagle staff, vandalized and removed from city property). 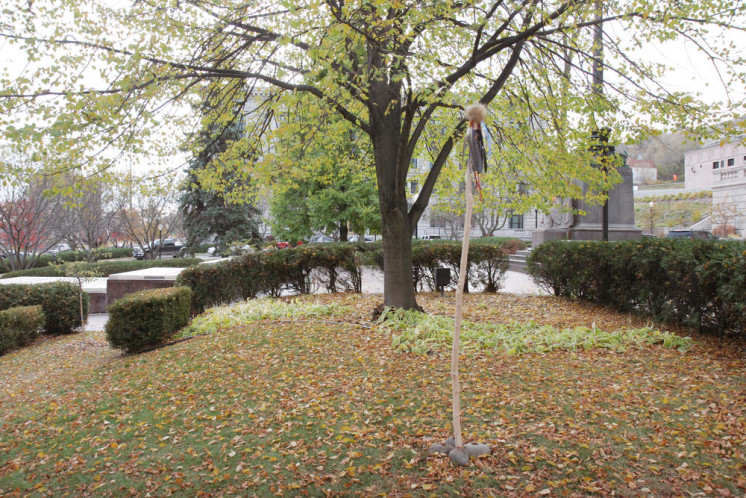 An eagle staff stands at the Duluth Civic Center on Oct. 15, 2012. Gabriel Peltier, one of several to help raise the staff, said the placement of the staff will help to heal the community and get people talking about Native peoples’ contributions to Duluth. (Photo by Naomi Yaeger / Budgeteer News)

The report looks toward the future — it identifies the footholds of Gimajii and the Casino for a visible presence in Duluth, including serving as a possible base for future walking tours of indigenous history in Duluth.  Such a tour might be accompanied by an app.

Really, this is the kind of document that Paul Lundgren dreams about.

I hope it sees wider circulation soon. In the meantime, the full report appears available here in PDF.

Last year my folks moved into senior housing. While it must have been traumatic to leave a home of 45...