Photos from the Osterlund Collection, 1966 This batch of photos from the Osterlund Collection represents the year 1966. We start in Billings Park and make our way out to the big lake they call Gitchee Gumee.

Postcards from the Arrowhead Bridge 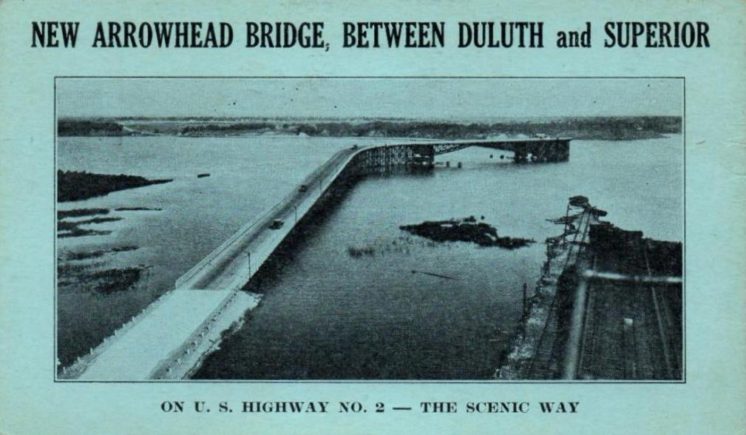 The Arrowhead Bridge connected West Duluth to Superior’s Billing’s Park neighborhood across the St. Louis River for 57 years. Built by the Arrowhead Bridge Co., it opened on March 15, 1927. The company charged a toll to cross the bridge until 1963, when Minnesota and Wisconsin state officials paid $200,000 to make it a toll-free public bridge.

The Arrowhead Bridge was dismantled in 1985 after the opening of the Richard I. Bong Memorial Bridge.