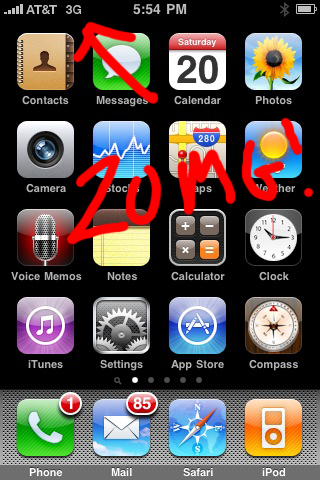 This may be old news but I noticed yesterday as I was rolling down Tower Ave in Superior that my iPhone was showing a 3G connection, I thought it was for fake but it was for real!

Catching up on some of my favorite tech blogs this morning and found this familiar face headlining a post on Gizmodo.

Duluth, Minnesota
But wait! Patrick Garmoe, public information officer of the Google Twin Ports Initiative laughs sheepishly as he explains Googlefest, an event that is one part rally, one part carnival and all parts enthusiasm for the promise of Google Fiber. In the midst of bands, choirs and other entertainment, “We’ll be shooting a movie with real actors and a Hollywood director and live-streaming the event to impress Google,” Garmoe says. The new initiative comes on the heels of Deluth mayor Don Ness’s own stunts. In a spoof video proclamation that in honor of Google, all first born males would be henceforth named GoogleFiber and first born females would of course be Googlette. Also, he literally sunk to a new low in the brutal battle for business. He jumped into the freezing waters of Lake Superior. Hizzoner, perhaps you’ll be deterred from further lunacy by these extremely gnarly Google Image results for “frostbite.”

Explosives in a car behind the Twins Bar?

Duluth Police have three city blocks on lock down and employees at SMDC have been asked to stay inside and cannot go home. I heard there was explosives found in a car behind the Twins Bar. Anyone know what’s going?

[Update] Some dumb ass was “transporting” some dynamite in his car for a “friend” and then got cold feet. He then pulled over and called the police.

Come skate and listen to some good disco cutz played & mixed live on vinyl records!  Meet up after skating at Capri bar in Superior. Fun!