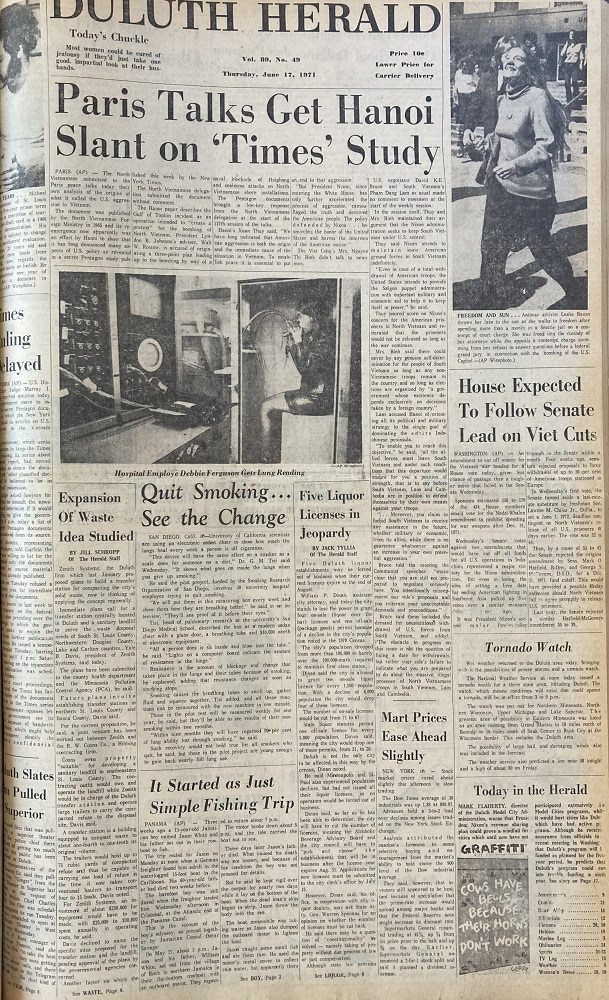 Kenwood 1 & 2, a twin movie complex in Duluth, opened 50 years ago. The June 17, 1971 Duluth Herald reported work was being rushed for the formal opening on June 18. The two theaters, situated in the Kenwood Shopping Center, had seating capacities of 520 and 280. The opening films were the science-fiction thriller The Andromeda Strain and a reissue of Lawrence of Arabia. Caption: Junior Champ Relay Race … Double winners churn out the yardage in the 40-yard relay for junior and senior girls in the Jaycee Junior Champ track meet at UMD’s Griggs Field Wednesday night. The juniors and seniors competed together in the event and both were declared winners. From left, the Esko senior winners, Melanie Stolen and Cindy Parpala, and the junior winners of Duluth, Terri Zelenikar and Peggy McDuffie — (Herald Sportsphoto by Charles Curtis.)

Heely Tricks with JamesG: May 2021