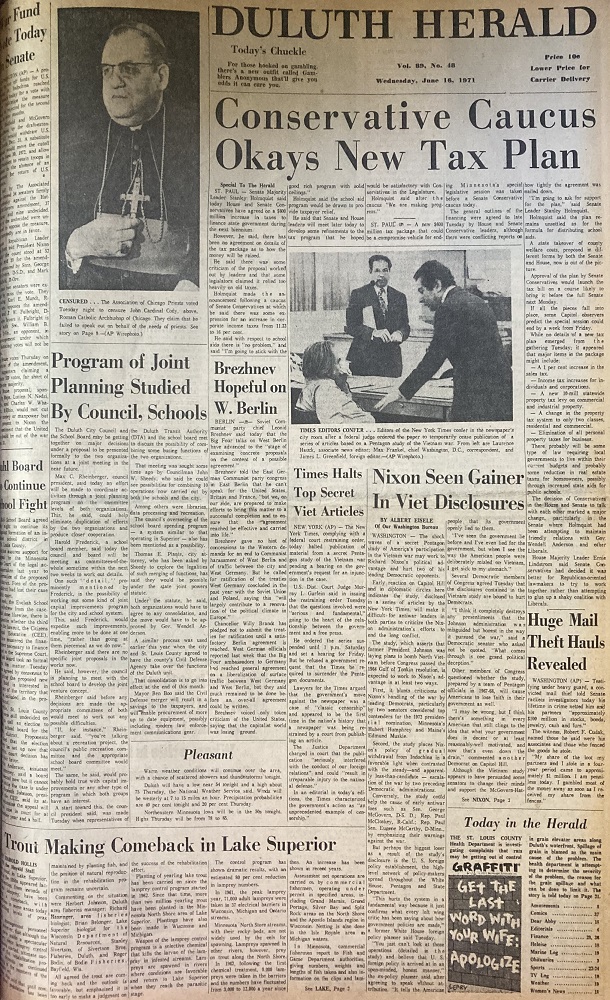 The Duluth Model City Administration issued a directive 50 years ago to local contractors requiring them to hire more neighborhood residents. The June 16, 1971 Duluth Herald reports that “contractors who bid for work funded at least in part by Model City monies must agree that Model Neighborhood residents be given a certain number of jobs in all construction, rehabilitation, alteration and repair contracts.” Caption: First Lesson from Tennis Pro … Mike Dybvik, left, and Julie Mathias learn the first basic in tennis — how to hold the racket — from Lew Smolin, teaching tennis pro from New York. Smolin is giving tennis instruction to all age groups of people throughout the city this summer. Mike, son of Mr. and Mrs. Larry Dybvik, and Julie, daughter of Mr. and Mrs. Robert Mathias, take their lessons at Hartley Field. — (Herald Sportsphoto.)

https://www.youtube.com/watch?v=h15HB81kPOw Adam Jagunich takes a night time flight with his Yuneec Typhoon H Plus around the Aerial Lift Bridge as...