June of ’71: Ground broken on Tri-Towers 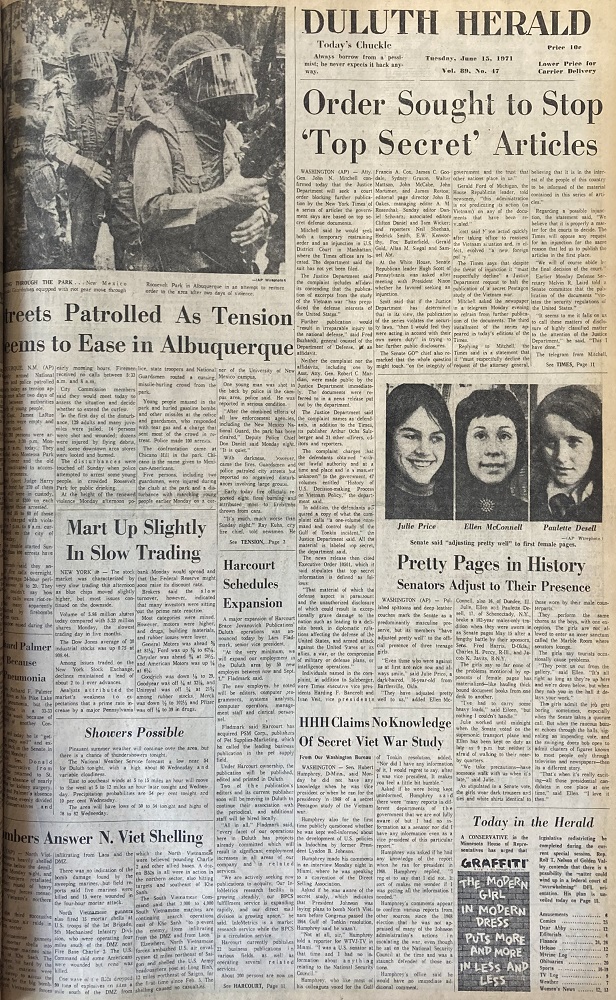 Ground was broken 50 years ago today for the Tri-Towers apartment complex at 222 N. Second Ave. E. in Duluth’s Central Hillside. The June 15, 1971 Duluth Herald reported that the Duluth Housing and Redevelopment Authority planned 290 units of housing for low-income elderly people. The total construction cost was expected to be $4.2 million. Monthly rents were estimated to range between $35 and $45 per month including utilities.

Also in the news …

And we feature the advertisement below to show off the array of talented men performing during the Women’s Institute of Duluth series. Caption: School’s Open … Tommy Williams, a Duluth native who plays for the California Golden Seals of the National Hockey League, assists Timmy Perrella, 11, son of Mr. and Mrs. Sam Perrella, Duluth, at the opening session of the Duluth Summer Hockey School. Williams and five other staff members will conduct the boys’ school through next week. — (Herald Sportsphoto.)

https://www.youtube.com/watch?v=R6wIvO7bdSo The Gary New Duluth Community Center and Recreation Area is offering outdoor movies on Friday nights during the summer....