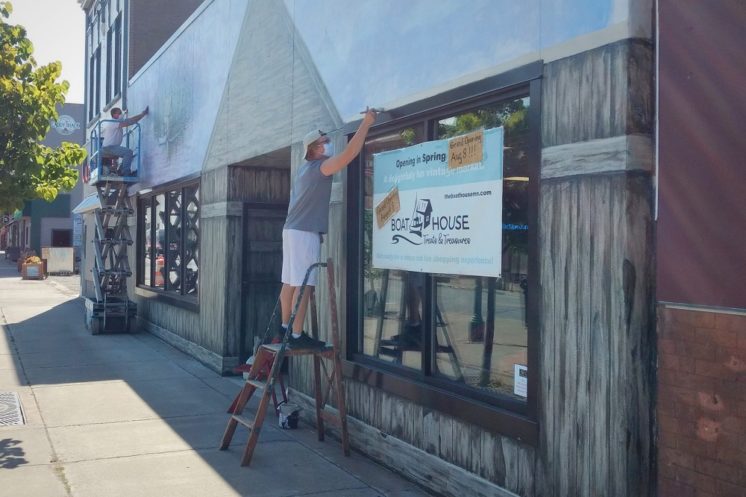 Boathouse Treats & Treasures, 2009 W. Superior St., will open its doors for the first time at 11 a.m. Saturday, Aug. 8. The new store is located in the building that was home to Carr’s Hobby Shop for close to 50 years.

Beth Petrowske and her brother, Mark Pettersen, purchased the building last year and started remodeling the space this spring. Petrowske said she hopes the continually-changing merchandise, mix of tasty treats and fun vibe will attract both locals and visitors to Duluth.

“I really hope people enjoy the shop and come back often,” said Petrowske. “We have thousands of great items and we’re fortunate to have a huge store to showcase them in. This should make customers feel comfortable and safe as they shop.”

Normal Boathouse hours will be Wednesdays and Thursdays from 10 a.m. to 6 p.m., Fridays and Saturdays 10 a.m. to 7 p.m. and Sundays from noon to 5 p.m., however store hours may be adjusted seasonally and to best serve customers.

In an interview last October, Jack Carr said he purchased the building around 1970. Jack’s father, Martin, had established a Lincoln Park hardware store that featured a large, backroom model train department. Eventually, model train sales outgrew hammer sales. When Jack took over the store he moved operations across the street to 2009 W. Superior St. and focused exclusively on hobby shoppers.

Over the decades, the store had become as much of a transportation museum as a hobby shop.

Carr sold the building, announced his retirement and auctioned off much of its merchandise in October 2019. The store officially closed Feb. 1. Carr suffered a heart attack and died May 9.

Daybreak on the Lake

https://www.youtube.com/watch?v=SW_Q1-dEVJE Footage from the Duluth Harbor Cam of dawn breaking over Lake Superior on Aug. 4.