My Partner is Starting a Cult 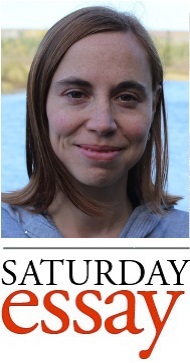 There’s a church revival going on in Lincoln Park, but it’s inspired by art, not God. My partner of nearly 25 years is one of the instigators of a self-proclaimed “cult.”

I guess you could say I drank the Kool-Aid a long time ago because I can’t say I was shocked when he announced his plans.

Life with Troy Rogers, aka Robot Rickshaw, is never dull. He builds musical robots so that he can cart them around Canal Park and the Lakewalk for pop-up performances while wearing a hazmat suit and gas mask with a teddy bear strapped to his chest.

“What have you been up to lately?” Troy’s aunt asked recently, trying to make conversation at a family event. “I’m starting a cult,” he deadpanned.

There were no follow up questions or small talk. Just a perplexed expression from the pious Catholic and an uncharacteristically quick end to the conversation as she escaped to the next room.

Her reaction wasn’t surprising. I suspect a lot of folks will raise their eyebrows at the use of the word “cult.” Especially those old enough to know who Jim Jones or Charles Manson were.

What’s been percolating out west in the old Holy Trinity Lutheran Church at 2701 W. Third St. isn’t exactly religious in nature — at least not in the traditional sense of the word. A cult is what emerged when a loose collective of Twin Ports artists, musicians, assorted oddballs and creatives were given free rein over an old church.

You might recall the ephemeral Embassy 35 experience in the old Carlson Book building in October. The performance pop-up blended artistic boundaries with music, video projection, fire dancers, an aerialist and more. It coincided with the Catalyst Content Festival, but shouldn’t be confused with the TV fest as it was a distinct, unaffiliated effort by local artists.

In any case, the success of Embassy 35 helped fuel the craving and the ambition among some local artists and performers to build an independent collective. The only thing missing was a physical space. Enter Augie Andersen. The Duluth entrepreneur is establishing a co-working space, Spark Works, in the church. But there’s extra room and he’s offering it up since he supports the effort.

For now the cult, aka “the Embassy,” is offering a home base to explore both artistic and culinary possibilities. Besides the art and performance space, a number of local service industry folks are inspired by the church kitchen, and are devoting energy and sweat equity into a plan for starting a “Cult Cafe” out of the church.

The inaugural public cult event will be a church bazaar, appropriately enough, on March 7. At first glance, the poster designed by local artist Tom Moriarty looks like it could be a typical church bulletin. Upon looking closer, you’ll notice there’s a lot more going on there. In addition to local vendors, there are plans for food, beverages, performances, community and absurdity. 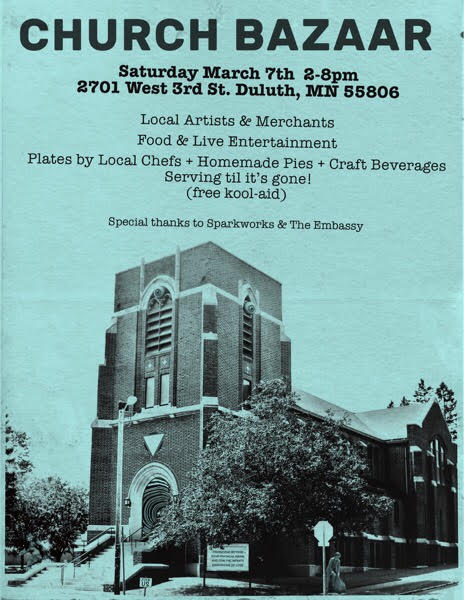 A BYOB happy hour and prep party for participants happened last night. Someone brought pretzels and cookies. People rolled up their sleeves to pitch in to help clean and paint the place, all the while happily sipping from a big jug of purple Kool-Aid.

You might still be emotionally scarred by the idea of organized religion. But the common thread here isn’t a deity or a doctrine, it’s a shared passion for art, creativity and community.

If a cult has the power to unite people in this way, nourish them and bring them joy at a time when the world seems frighteningly divided, count me in—and pour me another glass of that sweet, sweet elixir.

https://www.youtube.com/watch?v=bPhq5LxuhI8 For this PDD Video Lab mashup we've taken a silent film from 1973 that was recently uploaded to Dominic...