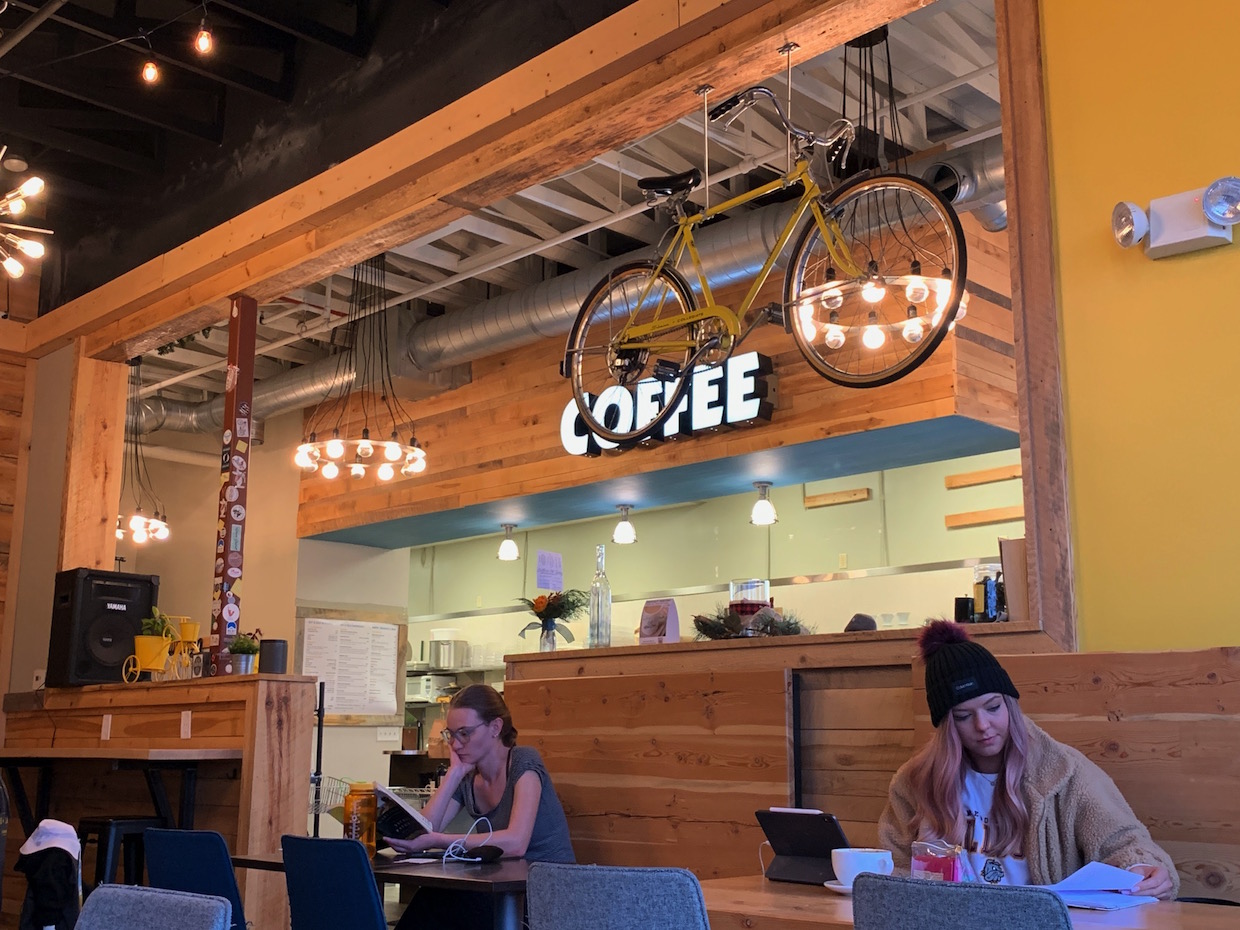 I went to the Hermantown YMCA, which is somehow, I don’t entirely understand how, co-branded with Essentia. It’s an amazing complex, not least of which because it contains, as well, a Yellow Bike Coffeeshop.

Yellow Bike has received some good press for its three locations — Hermantown on the Highway, Hermantown in the Y, and Duluth at Fitger’s. (I’m not sure whether the Fitgers location is still a Yellow Bike — can someone confirm for me?)

Is it wrong to pick a health club based on the presence of children? What I like most about Essentia at the mall now is the lack of kids and the Caribou after. Yellow Bike makes the coffee part of the decision equal … what else should I consider?