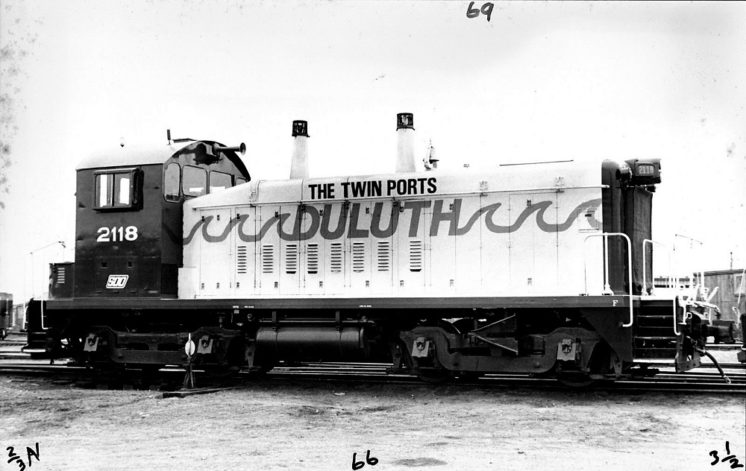 This photo is dated Jan. 5, 1980 — 40 years ago today. It shows the Soo Line Port Switcher 2118, one of two switchers honoring the Twin Ports cities of Duluth and Superior. 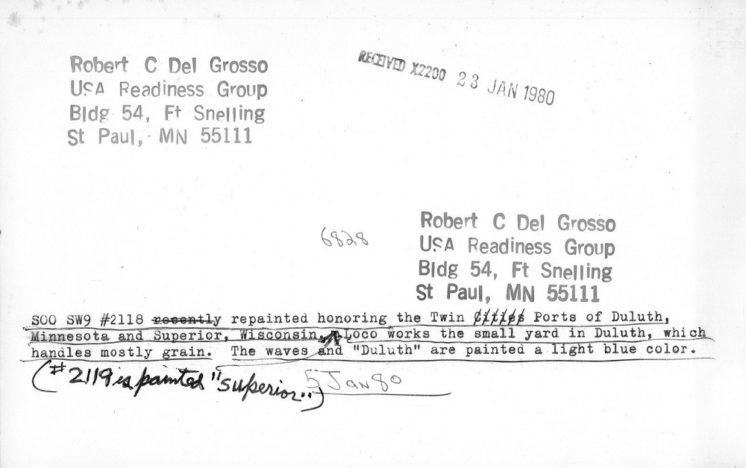 There are numerous photos on the web of the two Soo Line SW9s. The one below was shot by Lon Coone and posted to Flickr by Cody White. 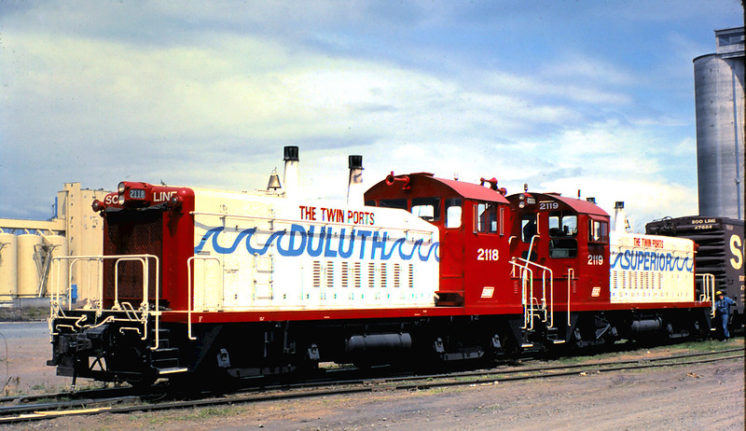 The caption to this photo reads:

Soo Line SW9s 2118 and 2119 Duluth MN 5-10-1980
Here’s a shot of Soo Line SW9s 2118 and 2119 switching the Duluth harbor front in May 1980. These two switchers were painted with the names of the Twin Ports, 2118 wearing “Duluth” and 2119 wearing “Superior.” The 2119 was painted for the October 6, 1978 “Railroad Appreciation Day” in Superior, sponsored by the Superior Chamber of Commerce. The 2118 was painted into the “Duluth” scheme sometime in the fall of 1979 and could be seen MUed together with the 2119 in transfer service from the fall of 1979 to mid 1980 when they were replaced in this service by Geeps. Both switchers were built for the original Wisconsin Central in September 1953. End cab switchers were never very popular with Soo Line crews in the twin ports and usually got replaced with geeps fairly quickly but at least these existed for a short time in the ports. Duluth MN May 10, 1980. Lon Coone Photo.