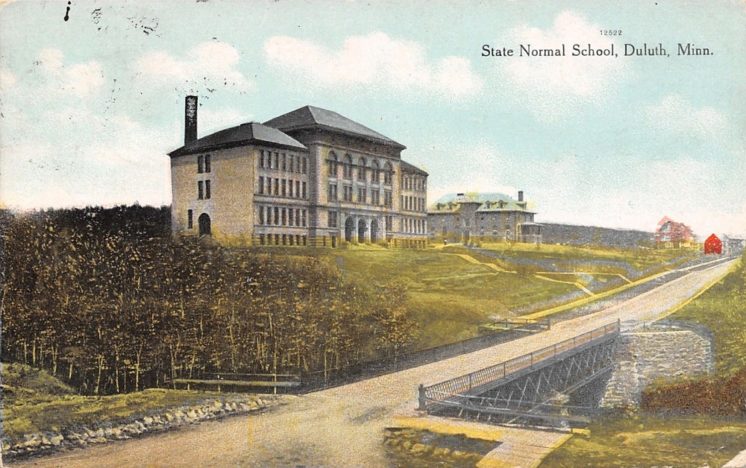 The postmark on the card above is difficult to read, but it appears to have been mailed in March of 1916. It depicts the State Normal School at Duluth, which later became the State Teachers College and then the University of Minnesota Duluth’s Old Main building. Additions to the Old Main building were constructed in 1909 (west side) and 1915 (east side). The Normal School became the Duluth State Teacher’s College in 1921, then joined the University of Minnesota in 1947 as its Duluth branch.

The campus started moving to its current location in the 1950s, and Old Main was vacated in 1985. The building was destroyed by an arson fire on Feb. 25, 1993, but its arches remain as Old Main Park. UMD’s lower campus is still home to a research lab called the Large Lakes Observatory, housed in the former Model School building.

More info about UMD’s campus history can be found at d.umn.edu.

Below are more old postcards of Old Main. Note that the first four below, and the one at the top of this post, show the original design of the building. The second image from the bottom shows Old Main with the west side addition. The final image shows Old Main with both west and east additions. 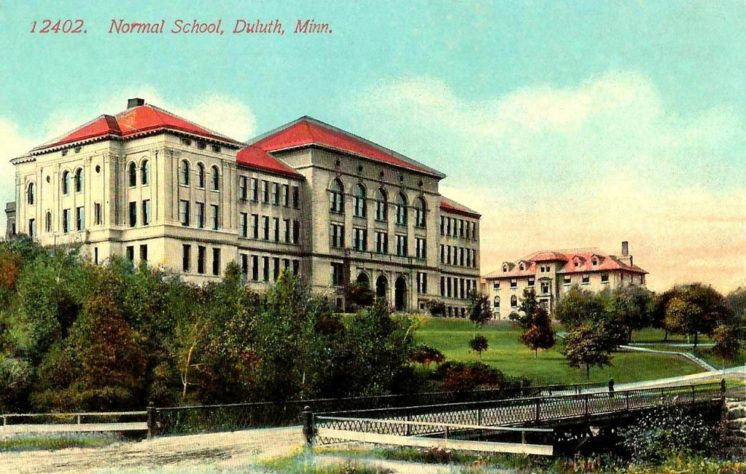