With a nod to the recent Super Bowl (and a Garfunkel and Oates song), this month’s PDD Quiz explores athletics in Duluth. Step up to the plate, sports fan, and see if you can knock this quiz out of the park!

Zenith City Online was an invaluable source of research for this quiz in case you want to study beforehand.

The next PDD quiz, on the happenings that made headlines this month, will be published on Feb. 24. Please email question suggestions to Alison Moffat at [email protected] by Feb. 21.

#1 Which UMD men’s hockey player was NOT a recipient of the Hobey Baker Award? #2 This Tarzan actor bested world record-holder Norman Ross in the 100-yard swim at the Duluth Boat Club on Aug. 6, 1921. Read more about the event on Zenith City Online.

#3 George Clooney and Renée Zellweger visited the Duluth Depot on March 24, 2008 to promote this film. #4 In what year were the ski jumps known as “Little Chester” and “Big Chester” removed from Chester Park? 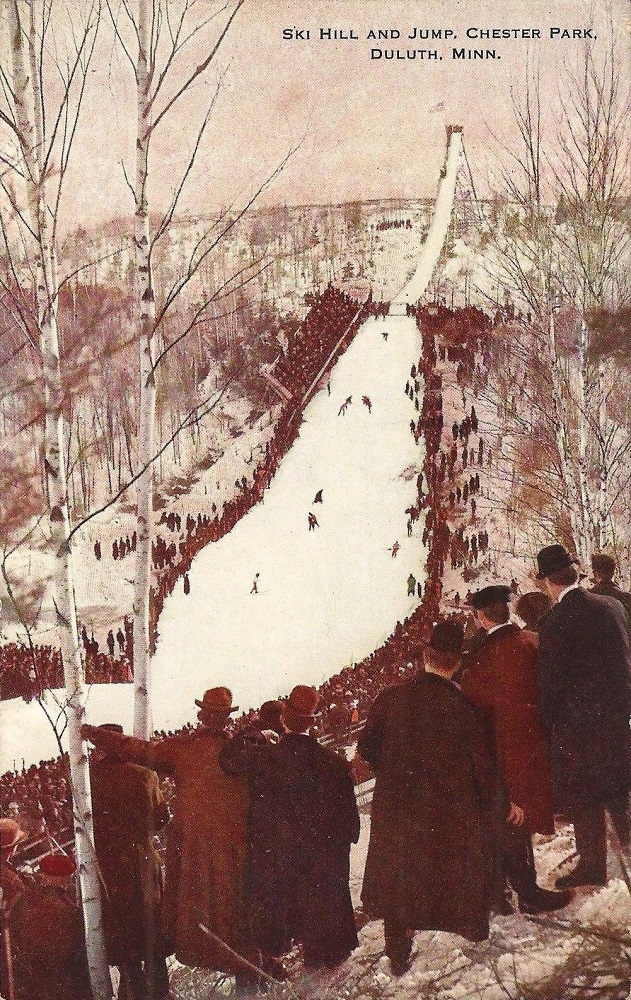 Read more about the history of the ski jumps on Zenith City Online. #6 Prior to being renamed Wade Municipal Stadium in 1954, what was the WPA-funded stadium’s name?

Read more about the history of Wade Stadium on Zenith City Online.

#7 This film, depicting an early 20th-century sled dog race, was shot in and around Duluth in 1993. Chuck Frederick recalls his experiences as an extra on the film in this Duluth News Tribune article.

#8 Founded in 1923, Duluth’s early NFL team was known by this name before being renamed as the Eskimos in 1926.

Read more about the Duluth Eskimos on Zenith City Online.

#9 In what year was the Duluth Heritage Sports Center constructed? The athletic complex entered into a naming agreement with Essentia Health in 2016; it’s official name is now the Essentia Duluth Heritage Center.

#10 The Duluth Eskimos beat the Green Bay Packers 34-7 in a scrimmage known by what name?

…only the Duluth Eskimos weren’t the actual Duluth Eskimos (the Duluth NFL team disbanded in 1928) ; they were a team of back-up players for the Packers (the Packers, in this case, were the first-string players). The scrimmage was played in Duluth, however, since the Packers held their training camp in Grand Rapids, MN.

Read more about the Fish Bowl on PDD and Zenith City Online.

Duluth Public Access Community Television has a new website at pacttvduluth.org. Check it out online or take a tour of...