Guide to Duluth-related Blogs in 2018 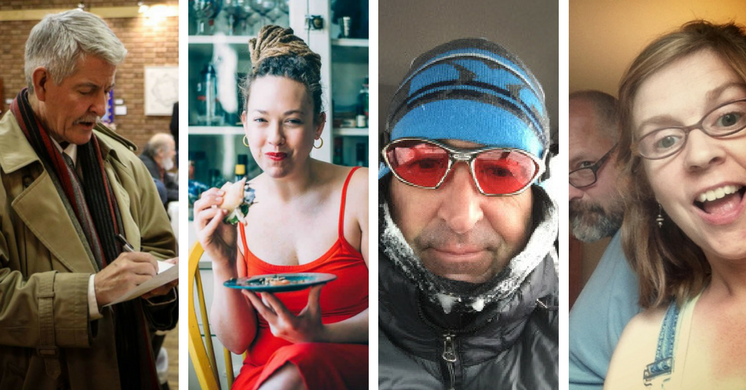 As far as blogs go, obviously Perfect Duluth Day isn’t the only show in town. And it must be noted the line where a blog crosses over from one person’s musings into becoming an online magazine is a fuzzy one. In spite of the inherent problems associated with labeling anything, below is PDD’s updated list of Duluth-area community blogs — an every-couple-of-year salute/guide to the individuals and small groups who crank out content like it’s 2007 instead of (or in addition to) just Facebooking, Instagramming and whateverelseing.

Since there are a lot of dead blogs floating around, criteria for inclusion in this list is that the blog has at least five new posts over the past ten months and at least one in the past three months. Obviously some good ones might get missed in this list, so sound off in the comments about anything worth adding.

The Development Tracker | This economic development news blog launched in 2012 under the name CD in Duluth. No information is available on who runs the site; the web domain is registered to Alex Johnson of Minneapolis.

Duluth Moms Blog | This site is a sort of local franchisee of citymomsblog.com, a network of websites designed to connect moms with content like “Why 50 is Going to Rock” and “How Can I Get My Sexy Back After Kids?”

Duluth Daily Photo | Naomi Yaeger doesn’t keep up the “daily” pace anymore — she even took a year off — but her blog still features an occasional new Duluth photo.

Ed’s Big Adventure | Duluth writer Eddy Gilmore continues to work his way through a midlife crisis with blog posts about his plan to “get rich quick through urban farming,” among other topics.

Freshcoast Angling | Luke Kavajecz’s blog mostly consists of photos from his experiences as a fishing guide on Lake Superior and its tributaries.

Lincoln Democrat | Former Duluth School Board member Harry Welty continues to render his opinions on education and politics, along with writing the occasional travelogue.

My Wife Yells | Dana Bergstrom writes about her marriage, friendships and fixer-upper houses.

Nick Up North | Mark Nicklawske transformed his “Mark in Maine” blog to “Nick Up North” two years ago, following a move to Duluth.

News Tribune Attic | For a full decade now, Andrew Krueger has sifted through the rows of file cabinets on the third floor at the Duluth News Tribune to share photos, clippings and various items of Duluth-area historical interest.

Outside in Duluth | Kristina Bourne shares her family’s outdoor adventures on about an every-other-week basis.

A Patient Cycle | Karl Schuettler writes primarily about politics, economics and hockey. A little bit of creative fiction is also worked into the mix.

365 Days of Birds | Richard Hoeg blogs about his birding experiences on an almost daily basis, with plenty of photos of owls, woodpeckers, sunrises and northern lights.

Trail Seeker with Minnesota Mama | Ashley Sullivan writes about nature. She gets outside at least 30 minutes daily and writes about what SHESAW — “So, ‘S’ is Stroll, ‘H’ is Hike, ‘E’ is Explore, ‘S’ is Saunter, ‘A’ is Adventure, and ‘W’ is Walk.”

Universal Klister | Hansi Johnson’s blog mostly covers his outdoor adventures and happenings in the biking and skiing industries. He also writes about his advocacy work, pushing to get a wider variety of people outdoors.

ViaTess Blog | Tess Johnsen is “half Latina, half Norwegian, and pretty darn queer,” and writes primarily about minimalism.

Wait, where am I? | There’s no name attached to this blog, but the author “recently moved from Oregon to Duluth” and writes that she “felt the need to chronicle my adventures somewhat.”

More from the deck found at Savers ... 1. In what year did the U.S. Commerce Dept, designate the Port...