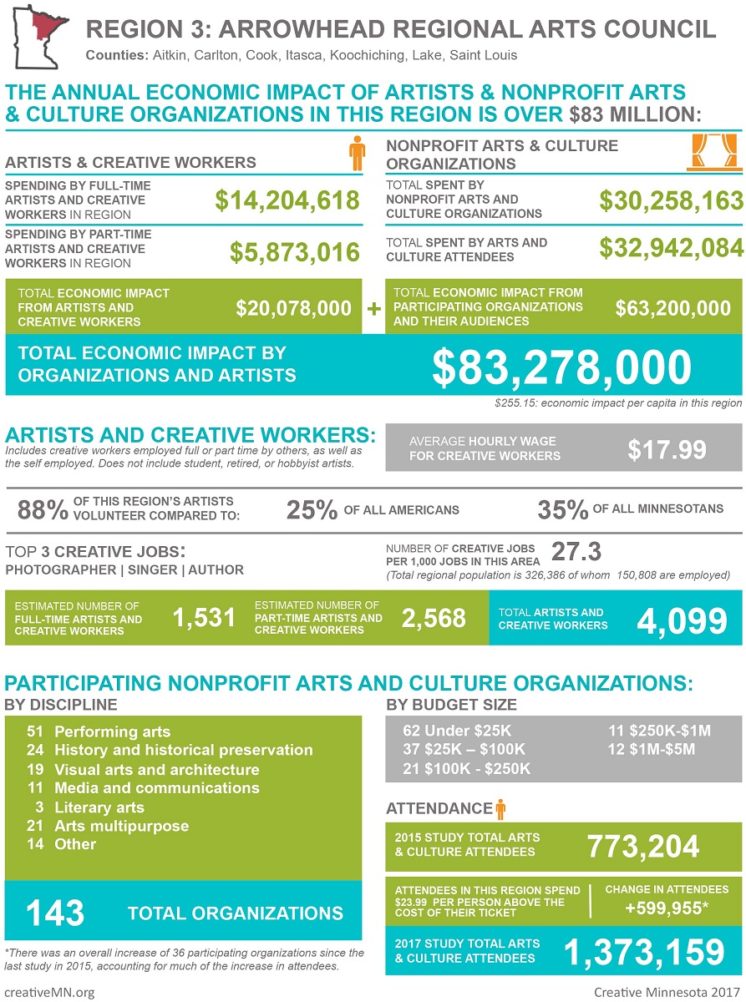 Creative Minnesota has released its second biennial economic report. The effort is a collaboration of arts and culture funders in partnership with Minnesota Citizens for the Arts with the goal is to “create solid, hard data about the arts sector.” The data is collected for “analysis, education and advocacy.”

The full study is available at creativemn.org.

A news release from the Arrowhead Regional Arts Council notes the study “is part of an ongoing series of research reports about the arts and culture sector in Minnesota” and “quantifies the impact and needs of Minnesota’s artists and creative workers, updates previous studies on the economic impact of our state’s 1,601 nonprofit arts and culture organizations, and reviews other research about the arts sector in the state.”

Creative Minnesota’s report suggests the “total economic impact from artists, creative workers and nonprofit arts and culture organizations and their audiences” in 2017 amounted to $2 billion, up from the $1.2 billion reported in 2015.

The Region 3 figure of $83.3 million is up from $39.7 million in 2015. The list of participating organizations in the ARAC region (shown below) doubled from one study to the next, which clearly played a role in how the dollar amounts jumped. 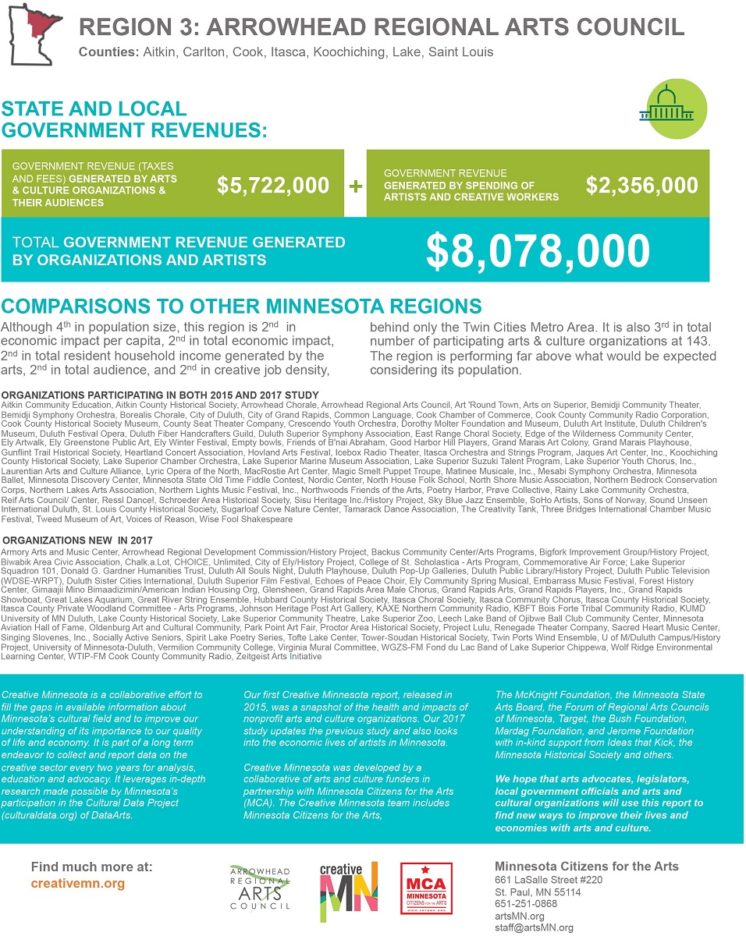 The nine-page Lower Spirit Mountain Riverfront Park Site Plan was presented to the Duluth Parks Commission on Jan. 10 and...