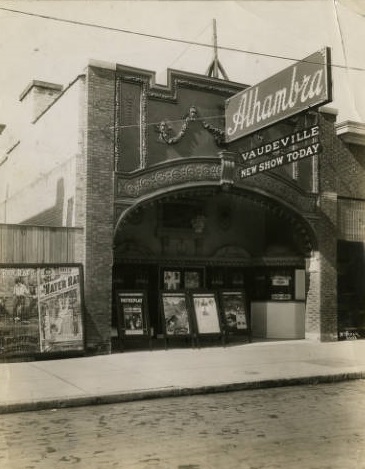 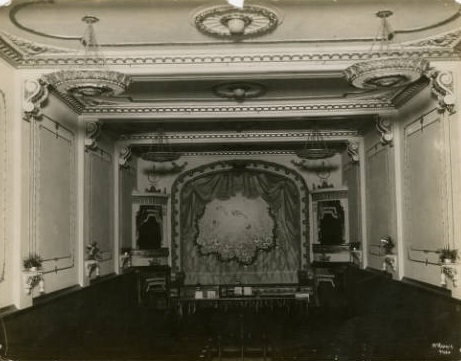 West Duluth has three former theater buildings — the West, Doric and Alhambra. Of the three, the Alhambra is by far the least known.

Its location was 321 N. Central Ave., in the building now occupied by Interior Tomato, a retailer of hydroponic and organic gardening supplies, next door to the former West Theater.

The Alhambra opened Sept. 15, 1913, with a crowd estimated at over 1,000 taking in a program that consisted of “photoplays” and “musical numbers.” A Duluth Herald article about opening night notes it was “one of the most sanitary theaters in Duluth.” The use of the term “photoplay” in the article, and the photo showing a sign outside the building with the word “vaudeville,” seem to indicate both motion pictures and live performances occurred at the Alhambra. The few online references to the theater seem to offer basically the same info as the single sentence about it on the Zenith City Press website: “The Alhambra showed films at 321 Central Avenue from 1913 to 1926; it opened for a year as the State Theater, then closed again in 1928.”

The University of Minnesota Duluth Kathryn A. Martin Library Northeast Minnesota Historical Center Collections has three images of the Alhambra, all shown in this post. Two of them incorrectly list the address as 5715 Grand Ave., which is the location of the former Doric Theatre. The newspaper ads above are from 1920 editions of the Duluth Herald.

Duluth’s First Public Mural by and for Indigenous Artists

To me, it’s rather astounding to think that Duluth has been without indigenous representation for this long. I imagine people...