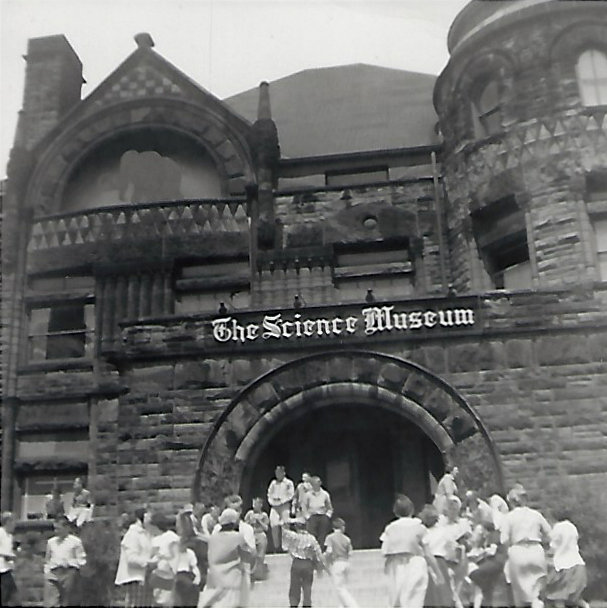 The Science Museum of Minnesota moved out of the St. Paul Auditorium and into the Merriam Mansion on Capitol Hill in 1927. It remained there until 1964, when it moved into the St. Paul-Ramsey Arts and Sciences Center. The final move came in 1999, when a new facility opened adjacent to the Mississippi River.

So the photo above must be from some point between 1927 and 1964, and appears to be from the tail end of that time span. Because the image comes from a collection of Duluth photos, there might be a local connection. Maybe it’s simply from a Duluth family sightseeing in the Twin Cities, but it could also be a class trip. Who knows? That’s the mystery. Solve it if you can.

Additional historic photos of the Merriam Mansion below, just because they are cool. Tearing up the streets of Duluth because who said mountain biking had to be done in the woods? Rider: Max...