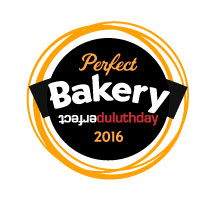 The business with the audacity to call itself Duluth’s Best Bread clearly is living up to its name. Not only does it have the best bread, it’s Duluth’s best general bakery according to Perfect Duluth Day’s poll. It took the title of Perfect Bakery with 38 percent of the vote among the final four.

The relative newcomer celebrated its one-year anniversary in September. Brothers Michael and Robert Lillegard, a trained mathematician and a writer, respectively, founded the nontraditional bakery.

Duluth’s Best Bread has limited storefront hours and a subscription service. It features a small menu of products carefully perfected by Michael, such as sourdough bread, croissants, cinnamon rolls and pretzels. 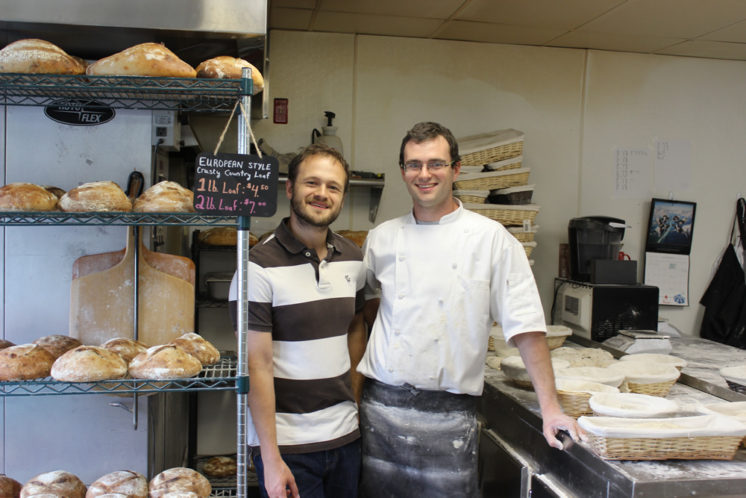 Robert markets Duluth’s Best Bread with a heavy dose of humor. “We must be the best bakery—it says so in our name,” he says in response to winning the Perfect Duluth Day poll.

“I think after the last election we had it’s nice to have an election where we can all be happy about the winner. I’m hoping there won’t be protests in the street. I can’t imagine people with signs saying ‘Not my bakery,’ says Robert. “I think it will be a peaceful transition to power in the next 100 days as we unite bread eaters.”

Duluth’s Best Bread is located in the old Mama Mia’s Pizza building at 2632 W. Third St. It’s open Thursdays and Saturdays from 9 a.m. to 1 p.m. Products are also available by subscription and at area businesses such as the Whole Foods Co-op, Red Mug, Beaner’s Central.

The perfect bakery poll initially had 14 nominees and was whittled down to a final four. Honorable mentions go to the three runners up: Zenith Bread Project (27 percent), Johnson’s Bakery (20 percent) and Lake Superior Bakehouse (15 percent).

In recent years I've noticed a number of Duluth liquor stores have gone out of business while a number of...