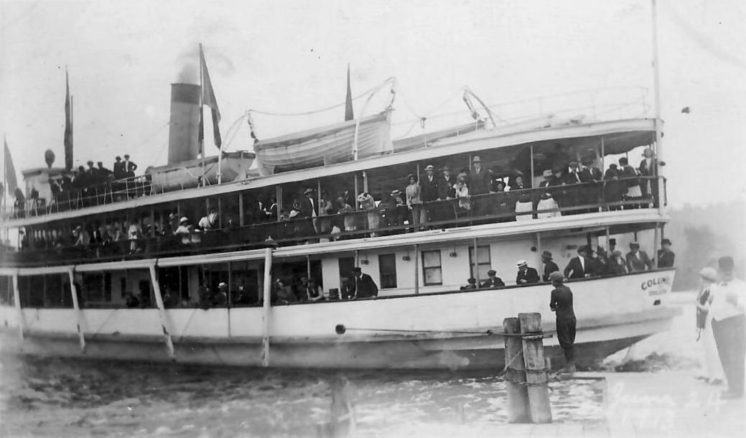 This postcard image bears the ink stamp of the Russell Photo Co. of Fond du Lac, Minn. on the back, along with a handwritten note: “The ‘Columbia’ of Duluth, Minn.” There have been numerous S.S. Columbia’s throughout the world, but this one seems likely to be the same as the one profiled on Zenith City Online, which was launched in 1885 as the Mascotte. There are numerous physical differences between the ship in the image shown there and the one shown here, but the article notes “in 1912 Duluth’s Clow & Nicholsen purchased the vessel, lengthened it by over thirty feet, and renamed it Columbia.” If they are the same SS Columbia, why do both images (presumably before and after the redesign of the ship) bear the name Columbia and neither Mascotte?

Quick internet searches indicate John Rudolph Zweifel was a Duluth-based photographer from the very late 1800s to the mid 1900s....