Ten years ago I struck out and opened my own studio. Although I knew very little about creative computer programs I decided to learn and then produce all my work digitally. A decade down the pike things seem to have worked out relatively okay. You might see my work occasionally on a local TV spot or website, but the vast majority of my commissions are from out of market. In recent years I’ve designed cartoon mascots for the federal government, illustrated corporate e-books, created novelty toys for a Hong Kong firm (zombie nesting dolls, anyone?), supplied caricature website banners, enlivened restaurant point-of-sale advertising and have worked on books and educational material for kids. Lots of books and educational material for kids! As noted, everything I do these days, from my first thumbnail rough to the finished product is executed on a computer, primarily in programs like Photoshop and Adobe Illustrator using a stylus directly on a Cintiq tablet. Being in the commercial realm, I’ve had to adjust my styles with the times and/or project. Today, much of my children’s illustration reflects a mid-century cartoon-graphic inspiration as rendered with contemporary tools. I can still whip out a fast pen and ink doodle of this week’s celebrity, but these days I favor a flat, geometric caricature technique. What else? Whenever possible I try to work in my own interests and manias; old movies, old animated cartoons, comic strips and comic books. I still keep a collection of over 700 vintage 16mm films, primarily shorts, comedies and cartoons. Paraphrasing a quote I like, all my life I’ve been keeping alive traditions that were dead years before I was born! 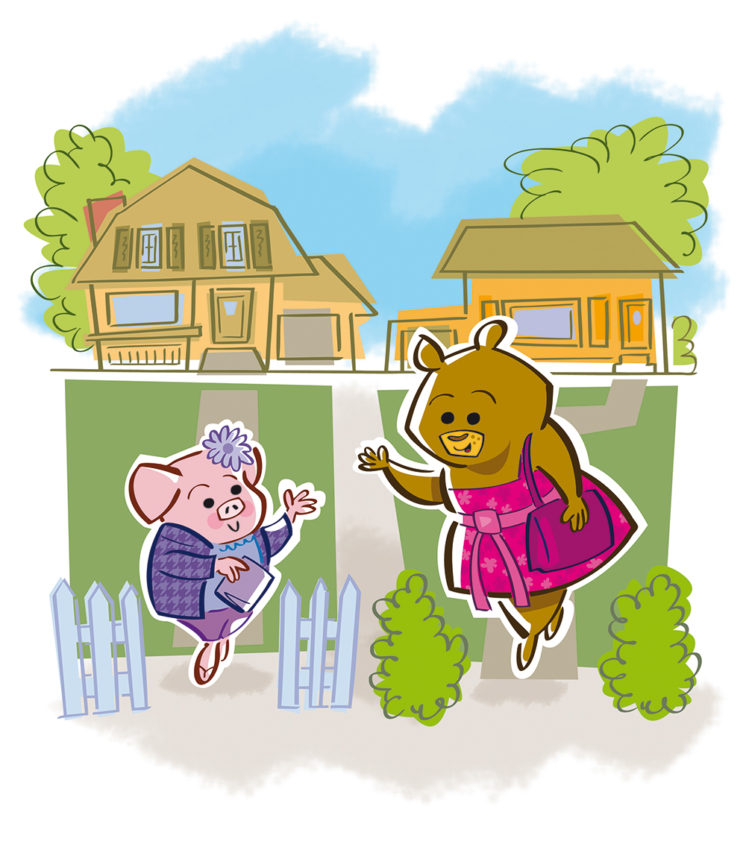 As to finding my stuff, first stop might be my doodle blog, Kirdoodle.

And here are some revolving portfolio sites: Here’s that Duluth animation from a couple of years ago:

When Morgan Park School closed in 2012, the neighborhood seemed to be in decline. Two prominent businesses, Advantage Emblem and...