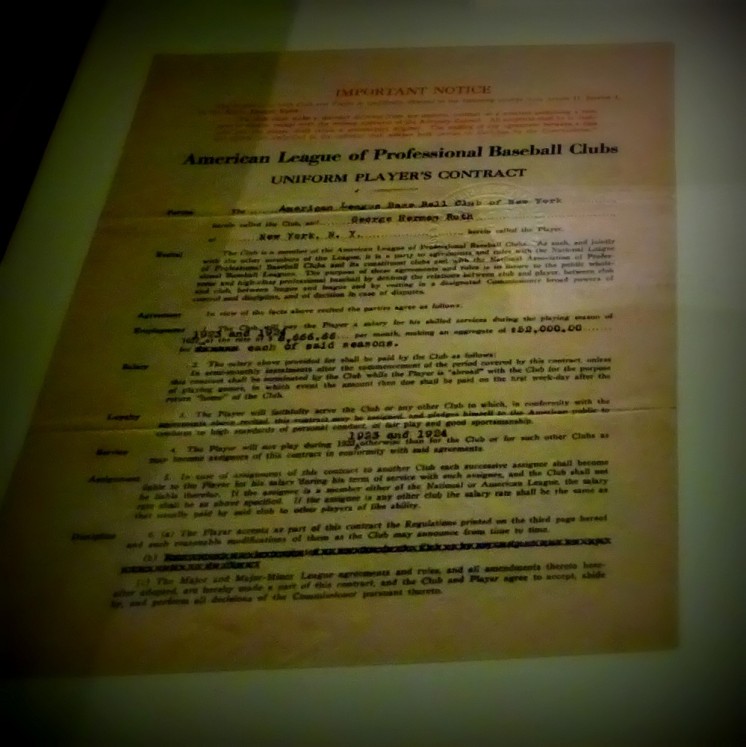 On display at Karpeles Manuscript Library Museum in Duluth through Aug. 31 is a stunning array of baseball history. At left: A 1866 baseball card featuring “The Old Man,” Dave Birdsall — considered to be the very first baseball card. At right: Babe Ruth’s 1922 contract with the New York Yankees.

According to the description on the display, Dave Birdsall was captain of the Unions of Morrisania baseball team in 1867 and ’68, and one of the elite players chosen by Harry Wright to be a member of the 1869 Cincinnati Red Stockings, the first professional baseball team.

The nickname “The Old Man” refers to Birdsall’s relationship with the Unions’ star pitcher Charlie Pabor, whose “eccentric but sunny disposition earned him the curious nickname ‘The Old Woman in the Red Cap.'” As Pabor’s catcher, Birdsall was thought to be his “diametric opposite in disposition,” but though their personalities clashed they were “as inseparable as a married couple.”

“The Old Man” card is thought to be the only one of its era featuring the image of an individual, active player who is identified on the card. 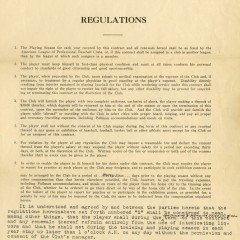 George Herman “Babe” Ruth’s transfer from the Boston Red Sox to the New York Yankees is generally considered the worst/best deal in sports history. The Red Sox won the World Series in 1918 and the transfer of Ruth to the Yankees following the 1919 season marked the beginning of “The Bambino’s Curse.” The Red Sox failed to win another World Series for 85 years.

Ruth played in New York under his Boston contract for two years. The contract shown above was his first with the Yankees. The three-year deal earned the slugger $52,000 each year from 1922 to ’24. (Click the thumbnails above to view the contract at a readable size.)

Karpeles Manuscript Library Museum is located at 902 E. First St. and is open Thursdays through Sundays from noon to 4 p.m.

A tale of three organic farms defying the odds, and one on the way

I am enjoying a short stint as an author-in-residence at the Food Farm. What fascinates me most about my stay...