Some notes on the Aug. 10 Primary Election:

* This is an election in which you have to choose a party. You can’t, for example, vote for a Republican governor and a DFL congressman. On the partisan side of the ballot you have to vote for the same party in all races. That’s how it works, whether you like it or not.

* Your party choices are Republican, Democratic-Farmer-Labor and Independence. Yes, there are some candidates representing other parties — Constitution, Green, Ecology Democracy, Resource and Grassroots — but those candidates do not have any opposition within their parties and therefore move on to the General Election automatically.

* If you live in Duluth, you won’t see the County Commissioner races that are listed on the sample ballot — those are for districts outside of Duluth. Pretty much all of the Duluth-relevant nonpartisan county races have only two or one candidate, so you won’t get to vote on them until November. The exception is the Sixth District Court Judge 11 race, which has eight candidates. 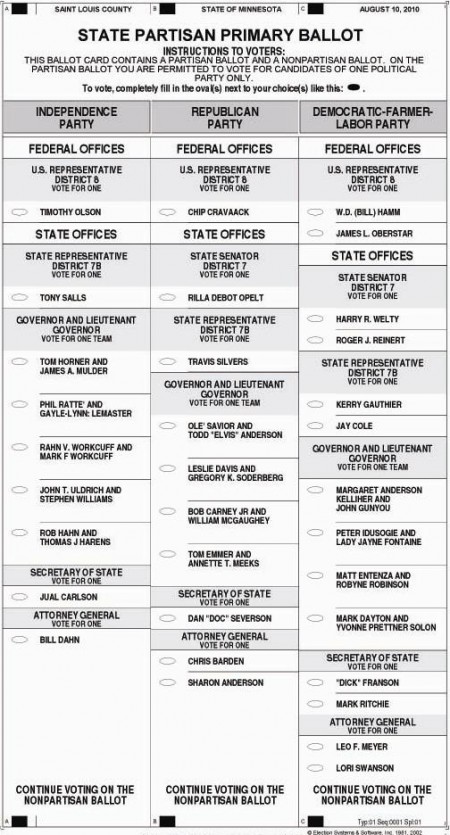 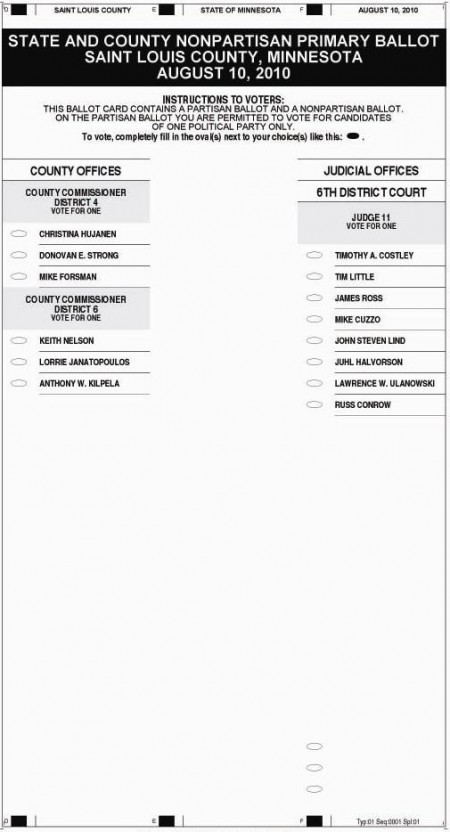