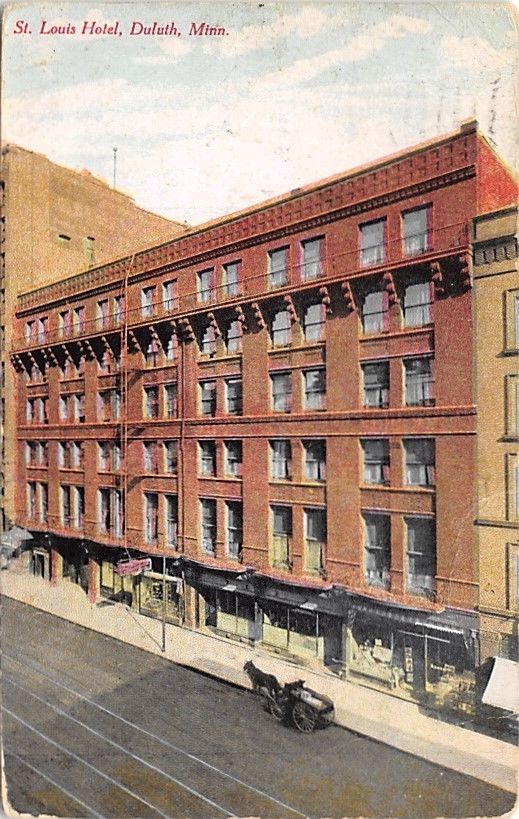 This postcard was mailed July 18, 1911 — 110 years ago today. The recipient was Mrs. Anna Carlson of St. Louis, Mo. The written message seems to be in a foreign language; the sender’s name looks like Mrs. Emma Ellstrand.

Postcards from the St. Louis Hotel in Downtown Duluth Postcard images of the St. Louis Hotel probably don’t do justice to its original splendor. The first of its two buildings went up in 1882 and was considered Duluth’s finest hotel. It was destroyed by fire on the morning of Jan. 13, 1893 and was replaced in 1895 by the Providence Building, which still stands at 332 W. Superior St.

The building shown in the postcard above was originally the Brighton Hotel, built next to the St. Louis in 1887. After the original St. Louis went up in smoke, the Brighton became the new St. Louis Hotel. The building was demolished in the early 1930s and replaced by the Medical Arts Building, which remains today at 324 W. Superior St.