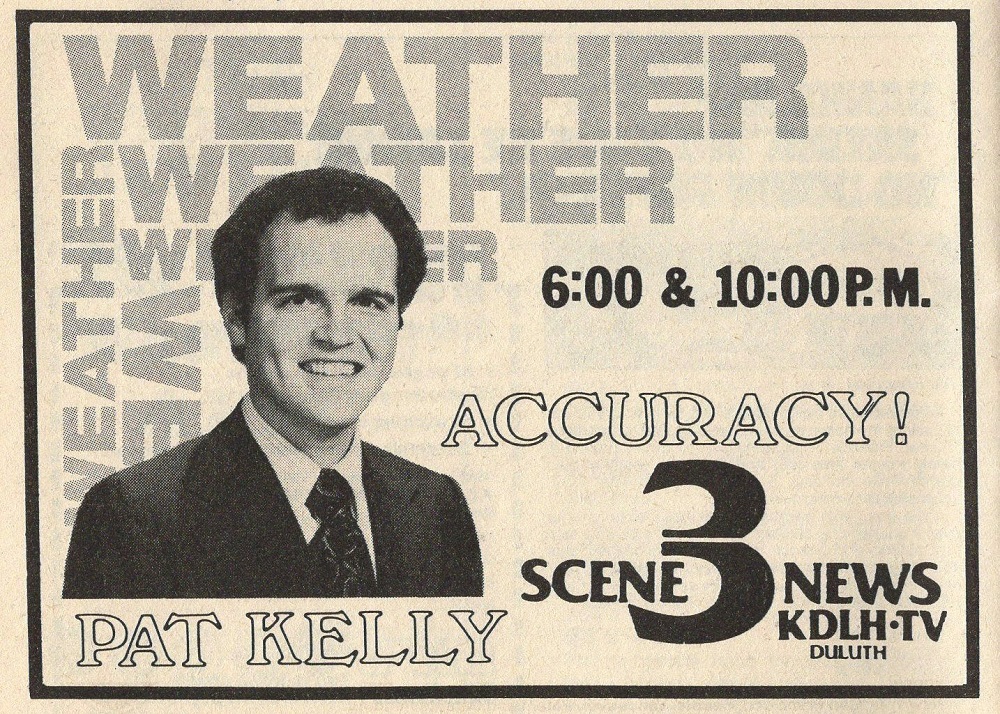 This newspaper ad from 1981 promotes weathercaster Pat Kelly of KDLH-TV in Duluth. A Twin Cities native, Kelly arrived in Duluth in 1979 and worked for the AM radio station WEBC before adding television to his résumé. He eventually became a television news anchor at both KDLH and KBJR. He retired in 2008.