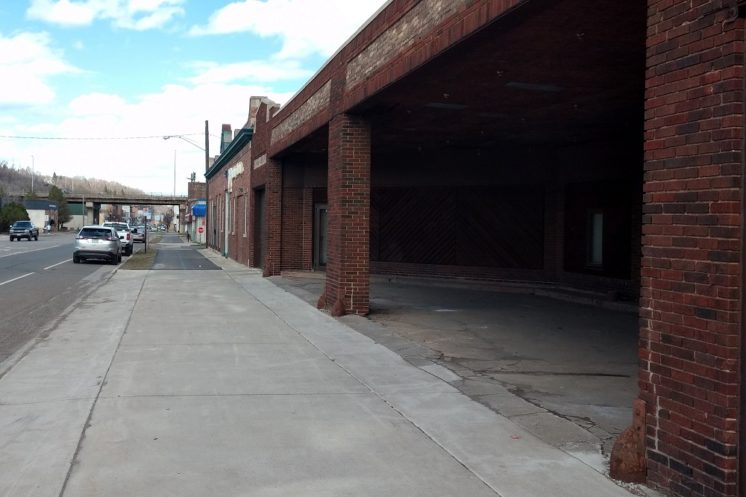 The owner of a well-known Duluth restaurant and several other Canal Park properties has purchased a historic building in a Lincoln Park neighborhood booming with new breweries, eateries and art galleries.

Grandma’s Restaurant Company CEO Andy Borg bought the former Duluth Sheet Metal building at 2308 W. Superior St. in January. According to Minnesota Department of Revenue records, Borg paid $470,000 for the 14,000-square-foot building which was constructed in 1922 as an auto repair shop.

The building is located across the street from Duluth Cider, a new tap room and production facility which opened in November. Ursa Minor Brewing and Wild State Cider have also recently opened on the same stretch of Superior Street.

Brian Daugherty, president of Grandma’s, said no immediate changes are expected for the property. He said Borg purchased the building with plans to eventually use the space as a warehouse.

“Right now (Borg) has some pretty stupendous tenants there and he’s kinda comfortable just letting it be what it is,” said Daugherty.

Lake Superior Consulting, an engineering and energy consultant headquartered in Downtown Duluth, is currently leasing space in the building. The former Duluth Sheet Metal building sits across the street from Duluth Cider and just down West Superior Street from Wild State Cider and Ursa Minor Brewing. All three establishments have opened in the past eight months.

Daugherty said the Lincoln Park Craft District has become a good location for hospitality and retail development but there are no plans for a Grandma’s expansion into the neighborhood.

Borg founded the original Grandma’s Saloon and Grill with Mick Paulucci in 1976. Their business eventually expanded into a chain of eateries. Paulucci sold his holdings in the company to Borg in 2014. In addition to the original Grandma’s the company operates three other restaurants in Canal Park — Bellisio’s, the Sports Garden and Little Angie’s Cantina & Grill — along with Adventure Zone, an indoor game center. There are also two other Grandma’s Saloon and Grill locations, one in Duluth’s Miller Hill area and another in Virginia, Minn.

Borg has an extensive collection of antiques and vintage signs stored in a Canal Park warehouse. He plans to eventually relocate the collection to the Lincoln Park building, according to Daugherty.

“He has warehouses full of this stuff down in Canal Park that we would like to take advantage of and build out for a higher and better use,” Daugherty said. “So that’s why he bought it.”

Daugherty said planning is underway for Borg property holdings and partnerships near the Minnesota Slip, which is currently undergoing an $11 million seawall reconstruction and contamination cleanup.

“I’m designing some interesting ideas for that right now,” he said. “But as of today, nothing is concrete.”

Expansions at Adventure Zone and a waterfront property near the blue pedestrian bridge are all being considered for new development, Daugherty said. In the meantime, the Lincoln Park property will continue under its current use.

Duluth Sheet Metal operated out of the building at 2308 W. Superior St. for almost three decades prior to closing in 2014. According to city directories at the Duluth Public Library, the building originally housed the Sid W. Jensen garage and maintained auto-related uses into the 1960s.

Duluth Sheet Metal owner Mark Jam said the building was remodeled at some point, perhaps in the 1930s, to accommodate full-service gas pumps. The remodel provided a distinctive driveway with a protective roof.

Jam said the building was used by Bill Whitney for a concrete repair shop and Paul Stromquist and Sons operated a painting business at the location. Jam said his father purchased the building in the 1980s after moving the company from Downtown Duluth, where it was founded in 1909.

The building sale to a prominent restaurant owner has raised eyebrows in Lincoln Park. The neighborhood has quickly become a trendy eating and drinking destination. The two cider houses and beer brewery opened in the same stretch of West Superior Street between 23rd and 26th avenues in the past eight months.

The street — which many considered blighted two years ago — has become home to one of the hottest tap-room scenes in the upper Midwest.

Jake and Valerie Scott, who own Duluth Cider, live in Lincoln Park. The couple was looking for a place to start their cider business, said Jake Scott, and decided their own neighborhood was ripe for redevelopment.

“We’re excited to see any development happening,” he said. “As we talk with our neighbors who have lived here for awhile, mostly the general consensus is that it’s great to see new life getting breathed into the neighborhood.”

“It’s been a breath of fresh air, as the sun is starting to shine, to see all this foot traffic going back and forth for the first time in how many years in this neighborhood,” he said. “So, yes, we’d love to see more neighbors.”

Could the old sheet metal supply building become a restaurant?

“I don’t think that’s going to happen for at least a bunch of years,” said Jam. “He needs storage space.”

“It’s fun to have highbrow design ideas out there but nope, right now it’s going to be what it is,” he said.

This painting of the Lester River circa 1900 was recently sold on eBay, mislabeled as a painting of "Luster River."