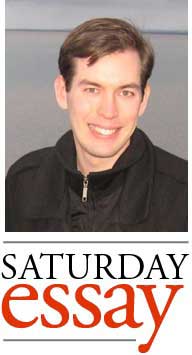 What follows is an incomplete list of words and phrases I dislike. There is no real rhyme or reason to them; some are things I’ve encountered in my school or work circles, while others are just things I’ve stumbled across here or there. I list them in rough order of hatred, beginning with the most repulsive and concluding with the merely annoying.

Resiliency. This is an awful word devised by someone who deserves to be expelled from the urban planning field. The perfectly good “resilience” says the exact same thing in one less syllable. Even that is overused to the point of emptiness, but at least it doesn’t sound like an invented piece of jargon designed to make one sound intelligent. Which is exactly what it is.

Any scandal ending in “-gate.” This construction stopped being amusing circa 1974. Now it just shows a lack of creativity.

Outstate. This is a Minnesota word invented by Twin Cities people to refer to people who are not like them. It implies that people not in the Twin Cities are somehow out of the state, and plays into the conceit that Duluth, Worthington, Moorhead, Grand Marais, and Little Falls all share something other than the misfortune of not being the cool big city. Attempting to use it innocently with a resident of Greater Minnesota (an acceptable alternative) is a good way to lose any credibility you might have aspired to.

Impact when used as a verb. Sadly, most dictionaries have now allowed their standards to erode far enough to accept this flaccid business school concoction as a valid word. Sometimes having a living language has its drawbacks, and this is one of them, when an abstraction is invented to rob a verb of any helpful context. It must die.

Disrupt. Silicon Valley techno-speak at its worst. If you tell me your goal is to “disrupt” your industry, I will refuse to buy your product, even if your field could use some disrupting. Just stop.

Create synergy or synergize. More vacuous techno-jargon. What are you even trying to say?

Creative destruction. Since I’m on a roll, here’s another stupid tech phrase. Also, it doesn’t mean what its users think it means. It was invented by a Marxist to describe the affects of capitalism, and the context is far from positive.

The phrase “public school” or “private school” to refer to a plural concept, e.g. “I would never send my kids to public school.” I’ve seen this even in journalism from respectable sources. I don’t get it. Why? Is it that much more difficult to add an ‘s’ to make something plural like we do with, I don’t know, almost every other plural word or phrase in the English language, including the word “school” in any other context? I especially hate it because it somehow implies that all public or private schools are somehow the same. Anyone who has ever spent time in more than each type of school can assure you they are not.

Literally. It’s literally become so overused that it’s literally no longer useful to show whether something is literal or not.

Utilize. Why use this clunky three-syllable word when the one-syllable “use” does the job? Probably because you’re trying to convey some sort of technical know-how. Unfortunately, you have failed, and have instead just earned my ire.

Leverage when used as a verb. This comes with an asterisk; it’s acceptable to use it when talking about, say, using a $1 investment into a project to leverage $25 in funding from other sources, or in the context of leveraged buyouts. But when it’s just a substitue for “use,” as in, “We marshaled all our resiliency and leveraged all our resources to disrupt outstate education and utilized all our capacities for creative destruction to send our spawn to private school,” you probably should have used a different word. (I lost part of my soul writing that sentence. The things I do for my unpaid writing life.)

Activate (a space). A word used by urban planners to make themselves sound disconnected from the people they are planning for. See also “tactical urbanism” and the somewhat more acceptable but still underwhelming “placemaking.” The general concept these words are trying to get at — doing creative things with a small urban space to encourage activity — is indeed a good thing, but frame the concept in a tautological manner that loses track of the fun necessary to make things work for normal people. It is self-aggrandizing and highlights the planner’s activity, not the activity itself.

Liveable. Another urban planning word whose sole purpose is to add fluff to introductory sections of official documents.

Any word ever used in deconstructionist theory. If you know what I’m talking about, you don’t need an explanation.

I’m not going to touch words that just sound unpleasant but are useful, such as “moist” or “slabs” or “flesh.” But the word “smegma” is worthy of a mention because it is so remarkably bad in so many ways. Look it up.

Cultural appropriation. This one may appear on the list due more to my dislike for some people’s abuse of the concept than for the phrase itself, but that’s a debate for another time.

The American people. A phrase used by politicians to make it sound like everyone agrees with them when, in fact, probably half the country doesn’t.

Neoliberal. Sticking with the political theme, a word that was once useful but has become so abused by people who are trying to sound intelligent that it has been stripped of all meaning.

Demonstrate. I’m probably guilty of this one, and it’s not nearly as bad as utilize, but it’s another word that probably only exists so high school students can take up more space on a page instead of just using “show,” which really does the job just fine.

Non-use of the Oxford comma. Not a phrase or a word, but a very easy thing one can do to make things that much clearer. And if you fail to use it, it might just cost you $5 million. Best to be safe, cover your bases, and use the Oxford comma.

I could go on. I’m only touching the tip of the iceberg when it comes to business buzzwords in particular, but that’s almost too easy a target, and the political world can be somehow even worse. But I’ll stop myself here and invite others to create some synergies and add some of their least favorite words.